A Small, But Vocal Group Of Democrats To Pelosi: We're Tired Of Losing, We Want A Divorce 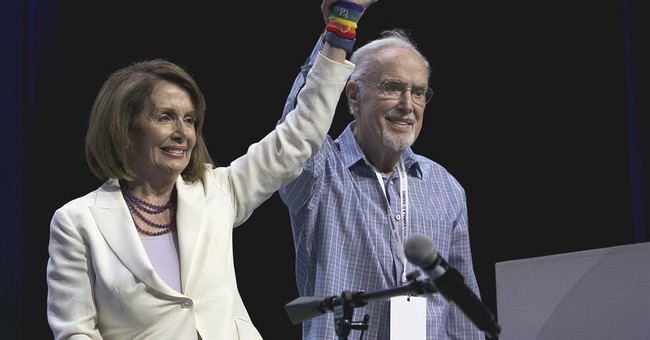 Some Democrats, specifically those on the coasts, think everything is fine. Hillary Clinton lost because of the Russians, James Comey, sexism, or racism. It’s not our ideas. We’ll just wait, do well in the 2018 midterms, and hopefully boot Donald J. Trump out in 2020. Democrats who represent the Rust Belt know better. Trump and the Republicans clobbered Democrats in the 2016 elections. It’s these voters who they need to win back. They’re not concerned about speech codes, safe spaces, or fighting over transgender bathrooms. They’re not interested in political correctness—all of which forms the linchpin for the modern Democratic Party. Democrats can win rural America again, or at least do a heck of a lot better than past election cycles. These voters are not die-hard Republicans, many of them voted for Obama. With the right messaging and candidate vetting, Democrats could theoretically launch a successful rural offensive. It won’t happen with the current crew running things in D.C.

Former Virginia congressional candidate and MSNBC host Krystal Ball is launching People’s House, which aims to give Democrats in less progressive regions of the country an alternative source of funds to help them craft their campaigns. Again, it’s a very small operation right now (via Vox):

One potential problem identified by some political analysts is the ability of Republicans to run attack ads tying Democrats to the party’s coastal and culturally liberal wing.

Ball and the House Democrats behind the People’s House Project say they’re determined to shake that image. They’ll try to fundraise for the PAC’s candidates, recruit candidates that fit the bill, and give them a slogan to use to try to distinguish themselves from the national party. “It will allow them to say, ‘I’m a different kind of Democrat,’” said Rep. Tim Ryan (D-OH), one of the House Democrats backing the project, in an interview. “It’s hard to convince people around here sometimes how toxic our brand is. But, clearly the brand is damaged, and we need to see if something else can work.”

The two House Democrats interviewed for this story emphasized that they view the project as complementary, rather than in conflict with, the existing Democratic Congressional Campaign Committee. Similarly, they stressed that they don’t intend for the new organization to serve as a rebuke to House Minority Leader Nancy Pelosi. (Ryan ran against Pelosi for minority leader in December 2016 and lost.) “This has to be a movement with a lot of hands rolling in the same direction,” Kildee said in an interview.

But Ball was more willing to directly attack the Democratic Party’s leadership in the House — and cast the new effort as an attempt to break with it.

She’s an impediment to every House Democrat in the country except for a few coastal enclaves,” Ball said in an interview. Candidates running under the People’s House Project will be able to say they’re of a different cast than Pelosi and Senate Minority Leader Chuck Schumer, Ball said.

Let’s just say they have their work cut for them. In Appalachia, the Democratic Party has been virtually wiped out. Out of the 490 counties that dot this region, Clinton only won 21 of them. Sen. Joe Manchin (D-WV) is the prime example of a Democrat from a deep red state that managed to win multiple times statewide. West Virginia has not voted Democratic in national elections in nearly 20 years and Trump took the state with nearly 68 percent of the vote. But people like the senator, even Republicans. He connects, understands, and is independent of the hyper-progressive tendencies of his party. He also is warning his more coastal-aligned colleagues that if they ignore red state Democrats, they’ll be in a permanent minority. Right now, the progressive legions looking to fight Trump at all costs are considering primary challenges to Democrats who refuse to wholeheartedly endorse the “resist” movement. That includes these red state Democrats, who if bumped off, will most likely have their seat filled by a Republican.

The insufferable PC-centered ethos that dominates the cities and the coast garners nothing short of a shoulder shrug with voters in rural America, who care more about job creation than the evils of white privilege and toxic masculinity. Union workers want to know about pension protections, not whether serving sushi in a college cafeteria is cultural cultural appropriation. Trump did well with union households and members by the way. That’s part of the spine of the Democratic Party, which was ripped out last year. Democrats could be facing a long road to recovery and that journey will be impeded by hyper-progressive, PC-drooling social justice warriors from urban America who are not just going to put the Black Lives Matter, gender fluidity, anti-free speech, and safe space advocacy on the backburner in the face of an attempt, as they see it, to yank the party more to the middle.