Bulletin: Comey Hearing Scheduled For Next Wednesday At 9:30 A.M. 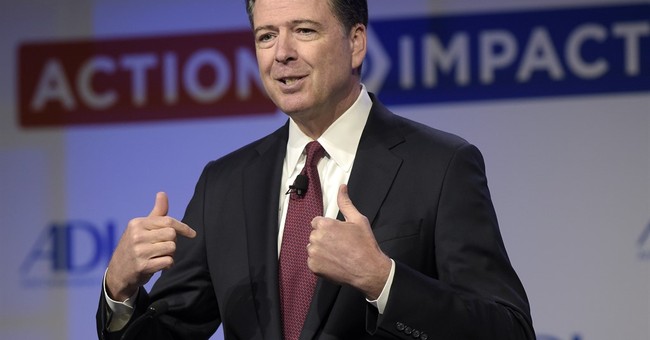 Given the latest bombshell dropped by The New York Times about President Trump engaging in possible interference relating to the FBI’s investigation into Michael Flynn. Former FBI Director James Comey drafted a memo detailing the instances in which he felt the president acted improperly to influence the ongoing inquiry. The news sent Congress scrambling for the documents. Rep. Jason Chaffetz (R-UT), chair of the House Oversight Committee, sent a letter to the FBI demanding all documents relating to communications between Mr. Comey and the president. The Senate Intelligence Committee, which is conducting an investigation into possible collusion between the Trump campaign and Russian intelligence, is also requesting the documents.

Mr. Chaffetz recently announced that a hearing is set for next Wednesday at 9:30 A.M. Mr. Comey has not yet responded to the committee's invitation to testify.

Officially noticed a hearing for next Wed at 9:30am ET with former FBI Dir Comey. But I still need to speak with him...evidently has a new #