Oh My: Prime Minister Of Bangladesh Says Clinton Put Pressure On Her To Help Donor 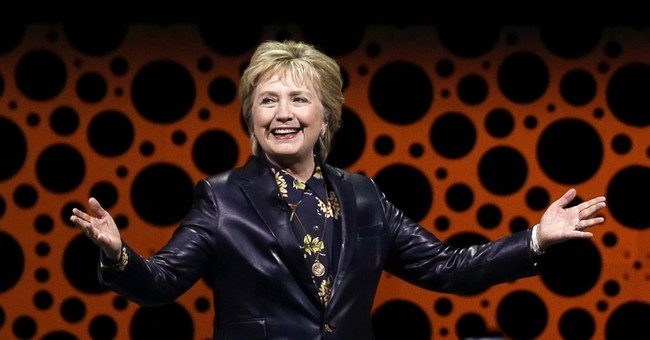 The 2016 election is long over, but the activities of the Clinton Foundation continue to make headlines. Over at Circa, Sara Carter reported that Hillary Clinton, while serving as our nation’s top diplomat, personally applied pressure on the government of Bangladesh to not dismiss Dr. Muhammad Yunus, who was the head of Grameen Bank, an institution that hands out small, unsecure loans to the country's poor. The loans do come with high interest rates. Carter noted that the Grameen had donated hundreds of thousands of dollars to the Clinton Foundation. In accordance with Bangladesh’s banking laws, he was dismissed as the bank’s managing director since you can no longer hold that position after 60 in 2011. Dr. Yunus was 70. For over ten years, Dr. Yunus was receiving a salary that shouldn’t have been going to him. The government also claimed that the bank was part of its state-based financial system. The Clinton Foundation then fought to reinstate Dr. Yunus (via Circa):

The Office of Bangladesh Prime Minister Sheikh Hasina confirmed to Circa that Mrs. Clinton called her office in March 2011 to demand that Dr. Muhammed Yunus, a 2006 Nobel Peace prize winner, be restored to his role as chairman of the country’s most famous microcredit bank, Grameen Bank. The bank’s nonprofit Grameen America, which Yunus chairs, has given between $100,000 and $250,000 to the Clinton Global Initiative. Grameen Research, which is chaired by Yunus, has donated between $25,000 and $50,000, according to the Clinton Foundation website.

“Former US Secretary of State Hillary Clinton telephoned Bangladesh Prime Minister Sheikh Hasina in March 2011 insisting her not to remove Dr. Muhammad Yunus from the post of Managing Director of Grameen Bank,” Deputy Press Secretary Md Nazrul Islam told Circa in an email.

According to the Bangladesh government, Grameen Bank is part of a statutory body of the government and therefore is subject to the banking laws, saying they told Clinton “Dr. Yunus drew salaries and allowances illegally for 10 years.”

A commission set up by the Bangladesh government also began investigating Grameen Bank in 2012 for financial mismanagement.

Carter added that Dr. Yunus also leaned on the Clintons when he wanted to exert some influence on their own on behalf of the bank:

In 2009, Dr. Yunus sent a personal email to then Secretary of State Clinton’s office asking for intervention into the Bangladesh bank and stated his concerns, according to a declassified WikiLeaks cable.

Those declassified cables show the U.S. ambassador also raised the issue with government officials prior to Mrs. Clinton’s call and that Mrs. Clinton asked State officials to alert her husband to the problems Yunus was having with Bangladesh.

“Please see if the issues of Grameen Bank can be raised in a friendly way,” the email from Yunus to then Clinton advisor Melanne Verveer stated. “I sought an appointment with the Prime Minister to brief her on our problems, at the advice of the U.S. Ambassador in Dhaka.”

Will anything become of this? Carter quoted Richard Painter, former Chief White House Ethics Lawyer under George W. Bush, that it could spark another criminal inquiry, but he doubts it will go anywhere. At the same time, he did say that it was “the most direct involvements in an official government matter that impacted one of her husband’s donors,” and that it was another example of the Clinton’s appalling judgment when it came to their non-profit work and the hazy ethical waters they waded to solicit donations.