Biden: I Could Have Beaten Trump 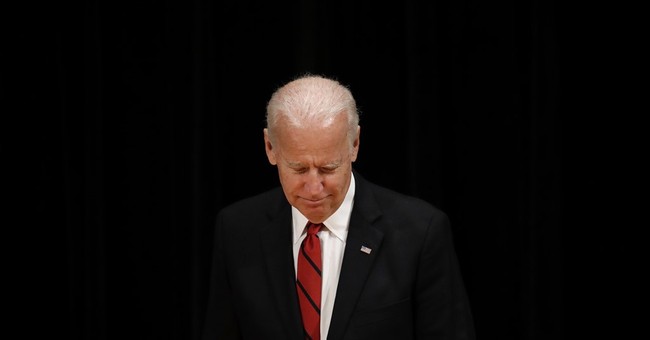 Some Democrats were ready for him. There was a Draft Biden super PAC, media spots, and a lot of 2015 speculation. By October of 2015, the then-vice president decided that the window to mount an effective campaign had passed and decided not to run. Now, he regrets it and made that clear at a speaking engagement at Colgate University last week (via The Hill):

"I had planned on running for president and although it would have been a very difficult primary, I think I could have won," he said. "I don't know, maybe not. But I thought I could have won."

"I had a lot of data and I was fairly confident that if I were the Democratic Party's nominee, I had a better than even chance of being president," Biden continued.

Biden explained that he didn't regret the time he was able to spend with his son Beau Biden, who later died after battling cancer.

“But do I regret not being president? Yes,” Biden said. "I was the best qualified."

His remarks came during a speech at Colgate University in Hamilton New York, which was largely focused on helping the middle class.

We’ll never know. Biden did run twice for the presidency and was forced to drop out both times, once for a plagiarism fiasco; the other was due to lackluster support among Democrats thanks to Hillary Clinton and Barack Obama soaking up most of the party’s support and money. In 2016, he had the power of incumbency, a network of donors, and possibly Barack Obama in his corner if he mounted a campaign. He had working class appeal. He was certainly more popular than Clinton. Yet, there was always the Sanders factor, which also appealed to white working class voters. Sen. Sanders could’ve given Trump a run for his money if he had been the Democratic nominee—and he had a ton of energy around him as well. It very well could’ve been a situation, where Joe was perpetually in third place, not trailing too far off from his previous campaign that had him near the bottom of the barrel.

On paper, could Joe Biden have beaten Donald Trump? It wouldn't shock me. Certainly the debates would've had a Mike Tyson/Evander Holyfield level of intensity to them. Maybe--but he didn't run. So, whatever makes him sleep at night, I guess.