NYT Fail: Publication Says Political Violence Is 'Relatively Rare' In The UK. Did You Forget About The Troubles? 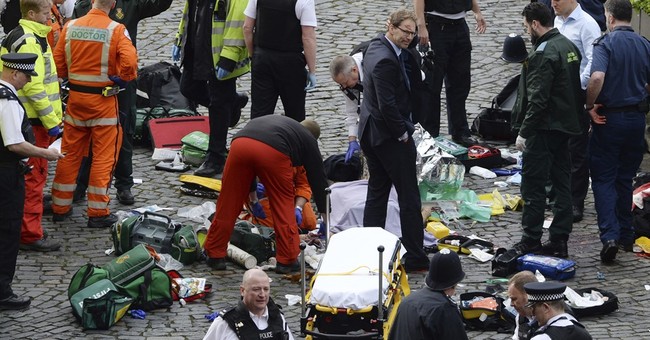 Nice catch from Matt Balan over at Mediaite, who caught this from The New York Times’ report on the London terror attack [emphasis mine]: “Britain has not suffered a large-scale terrorist attack since July 7, 2005, when bomb attacks on subway trains and on a bus killed more than 50 people. Political violence is relatively rare in Britain, where gun ownership is seriously restricted.”

First, that’s not true. The UK and the various Irish republican paramilitary organizations were involved in a rather tumultuous conflict that lasted over a quarter century. Balan noted this:

The two Times reporters also neglected the decades-long campaign by the Provisional IRA against the British government. The nationalist terrorist group conducted major terrorist attacks in Britain in 1982, 1984 (where they tried to assassinate Margaret Thatcher), and 1989. The organization also conducted bombings in the 1990s until the Good Friday Agreement in 1998.

Second, what does gun ownership have to do with an attack that involved a motor vehicle and a knife? Moreover, firearms and explosives were definitely used during The Troubles. It was just an anti-gun cheap shot.