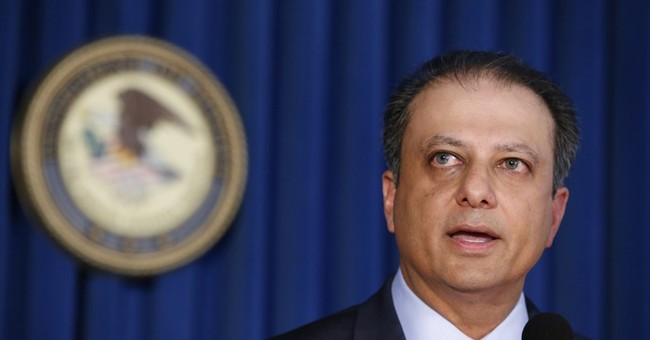 This isn’t a scandal. It’s routine, but that hasn’t stopped members of the news media from trying to suggest that asking for the resignations of 46 U.S. Attorneys might be scandalous. On Friday, Attorney General asked for the resignations of these 46 attorneys. Even CNN, who reported on the anger from this group for the short notice, included that attorneys appointed by the previous administration are expected to leave or resign on their own. Jake Tapper, also with CNN, spoke to a former Republican U.S. Attorney who seemed shocked by these claims of being blindsided from as colleagues, as their final notice occurred on November 8 when Donald Trump won the election:

GOP former US Attorney tells he's confused about all the US Attorneys complaining they didn't get enough notice. "Your notice was on Nov 8"

Attorney General Jeff Sessions has asked for the resignations of 46 US attorneys, igniting anger from officials who say they were given no warning about their dismissals.

The Justice Department announced the firings Friday afternoon, and many prosecutors had not been formally notified or even told before they were fired, according to a law enforcement source. Acting Deputy Attorney General Dana Boente was in the beginning stages of calling each US attorney individually to tell them they had to resign when the DOJ issued a statement.

A law enforcement source charged that "this could not have been handled any worse" because there was little warning. Many prosecutors found out through media reports that they had to resign today.

A Justice Department spokeswoman explained that forced resignations are a matter of course when turning the agency over to a new administration.

"As was the case in prior transitions, many of the United States attorneys nominated by the previous administration already have left the Department of Justice. The attorney general has now asked the remaining 46 presidentially appointed US attorneys to tender their resignations in order to ensure a uniform transition," Justice Department spokesperson Sarah Isgur Flores said.

Given @PreetBharara's investigative portfolio, it's fair to ask whether someone called in a favor to get him fired. More Qs for the WH.

In democracies the rule of law is not supposed to be partisan. In what way was Preet Bharara not good at his job? https://t.co/oXOkBS0Ivh

Andrew McCarthy at National Review had more about this non-scandal, namely that asking for U.S. Attorneys from the previous administration to resign isn’t new, and that Bill Clinton proceeded to fire all 93 Republican appointees when he took office in 1993:

In March 1993, Janet Reno began her tenure as President Bill Clinton’s attorney general by summarily firing United States attorneys for 93 of the 94 federal districts (one, Michael Chertoff, was retained in New Jersey, at the request of Democratic Senator Bill Bradley). That is more than twice as many as Trump attorney general Jeff Sessions fired on Friday. Indeed, there were only 46 Obama-appointed U.S. attorneys left for Sessions to relieve because Obama appointees fully understood that this is the way things work. Many of them had already moved on, in the expectation that the president elected in November would replace them — an expectation that became a virtual certainty once it was clear that this change of administrations would be a change of parties, and visions.

Once Clinton set that precedent, there was nary a peep when Bush had replaced nearly all of Clinton’s appointees by the end of his first year. After taking office as attorney general in 2009, Eric Holder explained that the newly elected Barack Obama would soon announce “our first batch of U.S. attorneys” to supplant Bush incumbents. Elaborating, he matter-of-factly said, “Elections matter. It is our intention to have the U.S. attorneys that are selected by President Obama in place as quickly as [we] can.” The Bush appointees were replaced — not because they did a bad job but because that is what presidents do. They have their own enforcement priorities, and they have every right — subject to the Senate’s advice and consent — to have their own U.S. attorneys executing those priorities.

Things got a bit more intense over the weekend when U.S. Attorney Preet Bharara refused to resign, which led to him being fired hours later. Now, despite being nominated by Obama, Bharara was solid in going after elements of corruption, which nabbed the top, Democrat and Republican in the state legislature for corruption and indicted members of Gov. Andrew Cuomo’s inner circle for corruption as well. On top of that, as Jazz wrote, he has ongoing investigations into the Clinton Foundation, NYC Mayor Bill de Blasio, and Gov. Cuomo himself. Jazz added that firing him would be an unforced error. Bharara was reportedly asked to stay on in the same fashion former U.S. Attorney and Homeland Security Secretary Michael Chertoff was asked to remain for a bit during the Clinton dismissal. Well, that wasn’t meant to be. As Holder noted, elections have consequences.