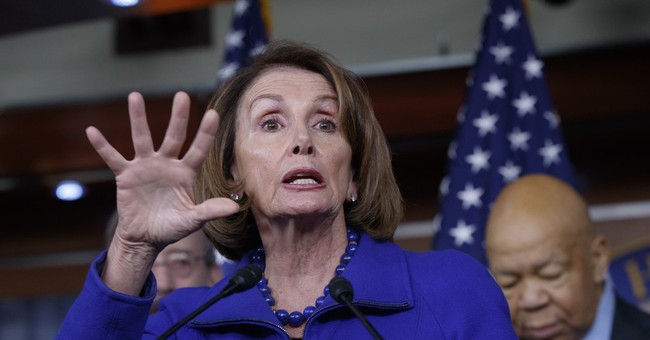 As House Republicans unveil their replacement plan for Obamacare, it’s drawn intense opposition from Democrats and some on the GOP’s conservative wing. After seven years of fighting President Obama’s health care law, drumming up grassroots support, and discussing reform, the bill was seen as a massive disappointment to Tea Party groups. Yet, House Minority Leader Nancy Pelosi seemed to have offered an olive branch, saying she’s willing to work with Republicans on some aspects of the replacement bill:

"We would be able to swallow, I think, some things (that Republicans want), if that's the price to pay to get the rest of it," the California lawmaker said at a newsmaker breakfast hosted by the Christian Science Monitor.

At the same time, she now says that we have to read the bill to find out what’s in it, as noted in her March 7 letter to House Speaker Paul Ryan:

This week, the Committees on Energy & Commerce and Ways & Means will be marking up Republicans’ long-feared bill to dismantle affordable health care. The GOP legislation will have life or death consequences for tens of millions of families across America, and extraordinary impacts on state and federal budgets long into the future.

The American people and Members have a right to know the full impact of this legislation before any vote in Committee or by the whole House.

Members must not be asked to vote on this legislation before the CBO and the Joint Committee on Taxation have answered the following questions about your legislation in 2018 and 2019, over the 10-year budget window, and in the decade after: How will this bill measure up to the Affordable Care Act and current Medicaid law on coverage, quality, and cost? And how will it impact Medicare solvency?

My question is who is this and what have they done to the Nancy Pelosi we all know: