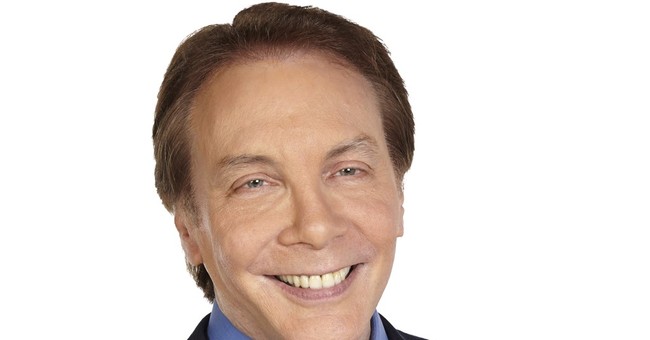 Media personality Alan Colmes, 66, succumbed to lymphoma last Thursday. In a tasteless piece for Slate, writer Isaac Chotiner called Colmes a “patsy, liberal weakling” who he felt defined that role for liberals on Fox News. Yes, he might have been a nice guy, which is something that Chotiner found objectionable about him. He admitted that Sean Hannity and Colmes gave equal time to both co-hosts on "Hannity and Colmes" and the guests were equally distributed between a conservative and a liberal—but that was somehow still a problem. Oh, and the show was racist, homophobic, and Islamophobic. The whole piece is just laced with unnecessary rage and misdirected hostility:

@IChotiner @Slate what happened to you to make you such an awful, hateful human being?

The death of Fox News contributor Alan Colmes, who passed away in New York City this week at the age of 66, has been greeted with an outpouring of emotion from the channel’s on-and-off-the-air talent. Colmes, it seems, was a nice guy, a good friend, and an ideal colleague: all qualities one would imagine people who have had to spend their lives around the likes of Roger Ailes and Bill O’Reilly would welcome. And while one should usually view tributes to the recently departed with a forgiving cynicism, in this case they are all too believable: Colmes was the most absurd, useless, and mocked television personality in America for many years, precisely because he was nice. In the context of Fox News, being a nice guy—and a “liberal” nice guy at that—meant being a buffoon, and a patsy. Colmes not only played the part to perfection—he defined it.

Colmes had a radio career, but he will almost surely be remembered for his job co-hosting Hannity & Colmes, the dreadful, morally bankrupt, Foxified version of Crossfire that ran for a dozen years and birthed the even more dreadful and morally bankrupt Hannity. The joke about Hannity & Colmes was always that Hannity dominated it to such an extent that Colmes was left as a mere bystander, asking soft questions while Hannity berated whatever liberal guest they brought on that night. This was of course true—Colmes’ air of nearly amused passivity became a running joke in itself—but it understated the way the format of the show set him up to fail. Yes, the two men appeared to have equal time during each segment, and yes, there was often a liberal guest and a conservative one. (Because it was Fox, the conservative guest was usually smarter or higher profile.) But the show, by design, was conservative, and often in racist or homophobic or Islamophobic ways.

I wrote that Colmes was a nice guy, and we should all be able to separate the personal from the political, and the personal from the professional, etc., etc., etc. But while Colmes may not have been a genius, he wasn’t a complete moron either; in short, he was smart enough to know he was being used, and to take the money that his services demanded. If this is something less than morally reprehensible, it is still pretty gross. We can mourn that Alan Colmes won’t be around to watch the political era he, as an important cog in the Fox News machine, helped usher in; unfortunately, the rest of us have no choice.

Okay—I understand the liberals are angry that Hillary Clinton was beaten by President Donald J. Trump, but is it with this pent up anger over Colmes. The show ended in 2009 at a time when people thought the Democratic Party had entered a period of prolonged dominance, which came to an end with the emergence of the Tea Party. I don’t get the frustration. Liberals shouldn’t go on Fox News? Are they traitors to the cause if they do? Or was it because Colmes’ brand of liberalism didn’t come off well? I don’t know. It seems odd to rip apart someone, who not only died a few hours before, over things that are minutiae.

“Colmes made liberals look dumb in a way no other Fox show could manage. To millions of Americans, Alan Colmes was liberalism,” wrote Chotiner.

Okay—more than a few conservatives think that Glenn Beck, Michelle Malkin, Sean Hannity, or Ted Cruz probably don’t represent our movement well. I happen to disagree, but if one of them were to pass away—I would never think to bash them for having opinions, or making us look bad. We just disagree—move on. Serving as a Fox News liberal and co-hosting "Hannity and Colmes" is hardly an argument for this vicious piece. And ironically, makes a case for how idiotic and outrageous liberalism has become. In the era of political correctness, the safe spaces, speech codes, and endless lectures about cultural appropriate, which I find to be anti-American and a form of neo-apartheid, how could anyone take this view seriously, but I digress. That’s not the point.

@IChotiner @Slate If you worked for me, you'd be cleaning out your desk right now. This is shameful.

Our own Guy Benson, who worked at "Hannity and Colmes" as an intern, had these kind words to say of his late colleague. Cortney wrote about Sean Hannity's response to Slate, which let's just say was very appropriate.