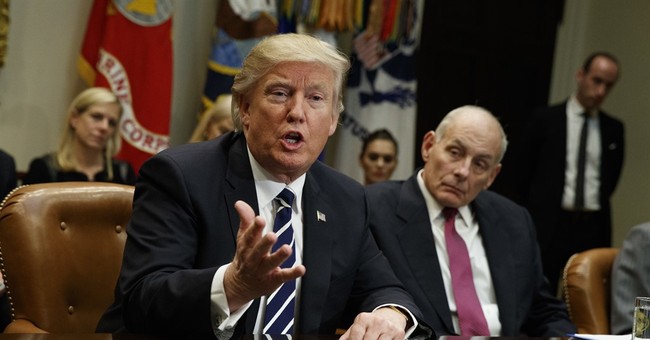 President Donald Trump relishes when he says he has a running war with the media, specifically CNN—a media entity that he accused of peddling “fake news.” The president famously tore into CNN’s Jim Acosta, hurling that accusation at him in the wake of the Russian Dossier document fiasco, which turned out to be anti-climatic—and yes, probably fake news. Even NBC’s Chuck Todd said that straight to BuzzFeed’s Ben Smith, who published the documents prior to Trump’s inauguration. For months, other news organizations and political figures had knowledge of these documents, but didn’t release them publicly because they couldn’t be authenticated. That was the first red flag.

With Trump in the Oval Office, he made anther move against CNN by reportedly freezing them out of the White House. This announcement was made while Trump was nominating appellate Judge Neil Gorsuch to the Supreme Court last night. Politico’s media reporter Hadas Gold added that the White House said this is only temporary, but a CNN reporter she spoke with said it was an effort to kill the network’s ratings.

We asked the Trump WH to provide a guest to explain the order & clear up any confusion (even within its own govt).
They declined. #CNNSOTU

The White House has refused to send its spokespeople or surrogates onto CNN shows, effectively icing out the network from on-air administration voices.

“We’re sending surrogates to places where we think it makes sense to promote our agenda,” said a White House official, acknowledging that CNN is not such a place, but adding that the ban is not permanent.

A CNN reporter, speaking on background, was more blunt: The White House is trying to punish the network and force down its ratings.

“They’re trying to cull CNN from the herd,” the reporter said.

Spicer, speaking at an event at the George Washington University on Monday, denied that CNN was being frozen out, pointing out that he’s answered CNN’s questions in the regular daily briefings.

But, he added "I'm not going to sit around and engage with people who have no desire to actually get something right."

While the news media might find this appalling, Trump supporters are going to love this.