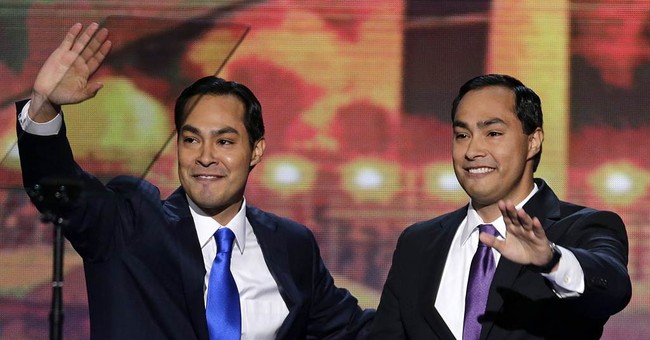 Sen. Ted Cruz (R-TX) might have a Democratic challenger in Rep. Joaquin Castro, twin brother of former House and Urban Development Secretary Julian Castro. Both brothers are seen as potential leaders to lead the Democratic Party once the old Guard fades into the pages of history.

Julian was rumored to be in the running to be Hillary Clinton’s running mate for 2016. In July of 2016, he landed in some hot water for praising Clinton, while still serving as HUD secretary, which was to be in violation of the Hatch Act. A 1939 law that bars most executive staff, except the president, vice president, and a few senior advisers, from voicing political opinions with taxpayer dollars.

This Texas contest with Joaquin could be a huge litmus test regarding the viability of a Castro, or both of them, being a top dog in the Democratic Party. Former Texas State Sen. Wendy Davis tried to position herself in one of those future leader slots with the Left, but was utterly destroyed by Attorney General Greg Abbott in the 2014 gubernatorial election. She couldn’t break 40 percent of the vote. Moreover, if Cruz is able to keep the base in solid red Texas, which he will, plus winning around 40 percent of the Latino vote—he should have a clear path to re-election. In statewide races, the GOP usually garners around 40 percent of the Hispanic vote. Castro says he’ll make his final decision in the spring (via The Hill):

I said I’ll take a look at it, and I will,” said Castro Wednesday at a BuzzFeed Brews event at the Newseum in Washington, D.C. “I want to make a decision by the end of spring.

"Obviously, if you want to run in Texas, it’s a large state and you need a lot of money and a lot of time to mount a serious campaign,” he told BuzzFeed's Tarini Parti.

When first asked about Cruz, Castro had joked that his stomach was "going to be in knots."