ABC News: Gorsuch Is The Frontrunner For SCOTUS, But A Populist-Like Candidate Is Also In The Running 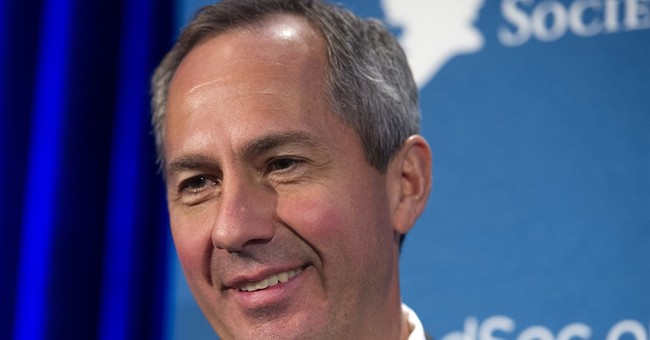 So, who will fill the vacancy left by the late Justice Antonin Scalia? CBS This Morning reported that Appellate Judge Neil Gorsuch (10th Circuit) was the leading candidate last Saturday. Guy mentioned Gorsuch as well, along with the fact that the Trump White House has whittled the list to two people. Judge William Pryor, who like Gorsuch is also an appeals judge (10th Circuit) and Alabama’s former attorney general, was said to be another solid pick. Yet, Guy added that Pryor isn’t in the mix, and that it’s now two names that could be selected as the president’s formal judicial nominee next week.

Yet, as we speculate, Ed wrote in Hot Air that ABC News is reporting that the frontrunner is Gorsuch:

ABC News has learned that Judge Neil Gorsuch has emerged as the leading contender to fill the Supreme Court vacancy, and his nomination is expected as early as next week, according to sources familiar with the selection process.

He is a judge on the 10th Circuit Court of Appeals, to which he was nominated by President George W. Bush in 2006 and confirmed by voice vote. Gorsuch, 49, would be the youngest Supreme Court nominee in about 25 years.

Gorsuch is said to be an avid outdoorsman, who worked his summer vacations as a furniture mover in high school and college. He also worked as a clerk at Howard Johnson hotel. Since 2006, he’s been on the U.S Court of Appeals For The Tenth Circuit. That same year he earned his “unanimously well qualified” rating from the American Bar Association. He’s a graduate of Columbia University (class of ’88), earning his Juris Doctor from Harvard Law in 1991. Between 1991 and 1992 he clerked for Judge David Sentelle of the United States Court of Appeals for the District of Columbia Circuit. From 1993-1994, he clerked for United States Supreme Court Justice Byron White and Justice Anthony Kennedy.

As we noted before, he’s almost a carbon copy of the last Justice Scalia, with SCOTUSblog noting that the parallels between him and the late justice, concerning his writings and judicial philosophy, is “downright eerie.”

When it comes to constitutional interpretation, Gorsuch wrote in Of Lions and Bears, Judges and Legislators, and the Legacy of Justice Scalia (2016):

“Respectfully, it seems to me an assiduous focus on text, structure, and history is essential to the proper exercise of the judicial function. That, yes, judges should be in the business of declaring what the law is using the traditional tools of interpretation, rather than pronouncing the law as they might wish it to be in light of their own political views, always with an eye on the outcome, and engaged perhaps in some Benthamite calculation of pleasures and pains along the way. Though the critics are loud and the temptations to join them may be many, mark me down too as a believer that the traditional account of the judicial role Justice Scalia defended will endure.”

On religious liberty, he opposed the Obama administration contraception mandate, and has ruled in favor of protecting religious practices. In Yellowbear v. Lampert (2014), Judge Gorsuch said that prison officials violated the religious rights of Andrew Yellowbear, who is of Native American descent, by preventing him to access the sweat lodge, which is critical to his faith. He’s a strong Second Amendment rights supporter.

Yet, Ed and Guy also mentioned another solid contender: Judge Thomas Hardiman of the U.S. Court of Appeals for the 3rd Circuit.

Hardiman comes from a working class background, with his father working as a cab driver. Like his father, he worked as a cabbie to pay for his college education at the University of Notre Dame. He’s the first in his family to graduate college. After earning his Juris Doctor from Georgetown,he started working for a series of law firms in Washington D.C. and Pittsburgh, Pennsylvania, in which he would earn his “qualified” rating from the American Bar Association. He took his spot on the bench with the U.S. District Court for Western Pennsylvania in 2003. He was confirmed though a voice vote. He would hold that position until 2007, where the Senate confirmed him 95-0 to be on the U.S. Court of Appeals for the Third Circuit

As for his judicial philosophy and history, SCOTUSblog noted that he’s strong on some cases, like Second Amendment rights, but less predictable on free speech cases and religious liberty. They noted that he’s hard to pigeonhole, but in all “a solid, although hardly knee-jerk, conservative.” He is described to be more in line with sitting Justice Samuel Alito:

Hardiman’s opinion in Drake v. Filko is a strong statement of his commitment to a more expansive view of the Second Amendment. The case was a challenge to a New Jersey law regulating the issuance of permits to carry handguns in public. Among other things, the gun owner seeking a permit is required to show that he has a “justifiable need” to carry the gun. The panel ruled in favor of the state, but Hardiman dissented from that ruling. He emphasized that the Supreme Court’s decisions in District of Columbia v. Heller and McDonald v. City of Chicago both “indicate that the Second Amendment extends beyond the home,” and that – at least in his view – the law violates the Second Amendment. After considering the case at three different conferences, the Supreme Court declined to review the case on the merits, as it did with several other cases presenting the same question.

On the death penalty, Hardiman has generally – but not always – voted in favor of the state and against the inmate. Many of the death penalty cases in which he has participated involve applications of the Antiterrorism and Effective Death Penalty Act, a 1996 federal law that imposes both procedural and substantive limitations on an inmate’s ability to obtain habeas corpus relief from his conviction. In particular, Hardiman has emphasized that AEDPA imposes a high bar that inmates will rarely be able to overcome.

Hardiman has not weighed in directly on issues relating to abortion. In United States v. Marcavage, though, he joined an opinion vacating the conviction of an anti-abortion protester who was arrested for refusing to move away from the sidewalk in front of the Liberty Bell Center in Philadelphia. The court agreed with the protester that the sidewalk is a public forum, subjecting the government’s efforts to restrict his speech to a more exacting standard of review.

Hardiman was less sympathetic to other free speech claims. In Easton Area School District v. B.H., he dissented from a ruling in favor of students who wanted to be able to wear silicone bracelets with the slogan “I [Heart] Boobies” as part of a breast-cancer awareness campaign. Hardiman argued that the decision was “inconsistent with the Supreme Court’s First Amendment jurisprudence.” Describing the case as a “close” one, he contended that the bracelets “would seem to fall into a gray area between speech that is plainly lewd and merely indecorous.” But he deemed it “objectively reasonable to interpret the bracelets, in the middle school context, as inappropriate sexual innuendo and double entendre.”

Many of the religion cases in which Hardiman has been involved have been lawsuits filed by inmates who contend that their ability to exercise their religion has been restricted by prison officials. In those cases, Hardiman generally ruled in favor of the prison officials, but in other cases he has written opinions supporting a student’s ability to express religious beliefs in the public schools. Thus, he dissented from the panel’s ruling in favor of a school district and against a mother and her son, both of whom described themselves as evangelical Christians, who were barred from reading from the Bible during a kindergarten “show and tell” activity.

Guy noted that Hardiman could very well be Trump’s pick, despite the hype over the equally qualified Gorsuch. For starters, the man represents the forgotten class that Trump mentioned throughout the 2016 campaign: the working class. Now, they would have one of their own taking a seat on the Supreme Court:

Hardiman is a success story that comes straight from Trump’s base — blue-collar, Pennsylvanian, ties to both sides of the political aisle. Even his law-school alma mater of Georgetown, while prestigious, would be a break from the Ivy League stranglehold on Supreme Court appointments. If there’s such a thing as a “populist” pick for the Court, Hardiman might be as close as you can get."

Ed is hedging that Hardiman was Trump’s pick all along, while Gorsuch was a signal to Kennedy that his former clerk would be the next up should he decide to retire:

Now that I think further about it, it could be that Trump has intended to nominate Hardiman for awhile now, partly because of his conservative record, partly because of his working-class background, and partly because of the recommendation of his sister. The point of hyping Gorsuch, the former Kennedy clerk, may be to nudge Kennedy into believing that if he retires soon, his clerk is waiting in the wings to replace him. But the longer Kennedy waits, the more things may change. Trump could end up with another vacancy to fill sooner rather than later.

So, who will it be? We’ll find out next Thursday.

I will be making my Supreme Court pick on Thursday of next week.Thank you!