Drug Lord 'El Chapo' Being Extradited To The United States 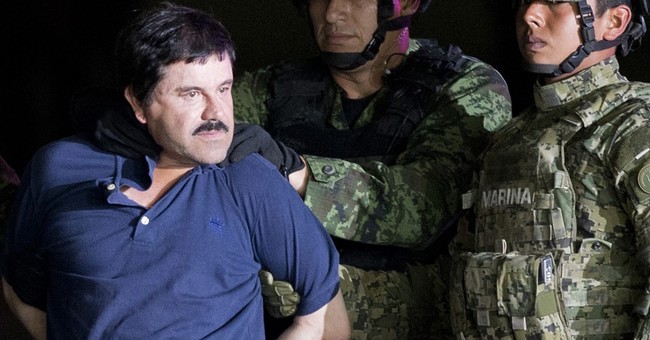 Drug lord Joaquin “El Chapo” Guzman is on his way to New York to face narcotics charges. CBS News reminded us that Guzman, the leader of the Sinaloa cartel, escaped prison twice. His latest escape was in 2015, but was recaptured in January in 2016. CNN added that his extradition stems from an indictment from a U.S. District Court in Brooklyn:

BREAKING: Senior US official says "El Chapo" already in US custody and is being flown to New York.

Guzman and other cartel leaders were indicted in 2009 in US District Court in Brooklyn, New York, on charges of conspiring to import more than 264,000 pounds of cocaine into the United States between 1990 and 2005. The alleged traffickers are accused of sharing drug transportation routes and obtaining their drugs from various Colombian drug organizations.