Sessions: Waterboarding Is Illegal And I Don't Support A Muslim Ban 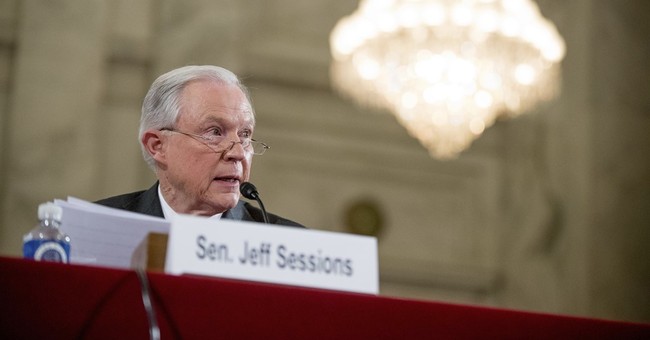 During his confirmation hearing for attorney general, Sen. Jeff Sessions (R-AL) said that current law prohibits waterboarding as an interrogation tactic, and that he would not support a Muslim ban. Sen. Sessions called waterboarding, within the confines of the law, improper and illegal. The New York Times seemed elated about that remark since they say it would make it pretty much impossible for President-elect Donald J. Trump to reinstate the program:

In response to a question about whether he supported a temporary ban on Muslim immigration, as Mr. Trump has suggested, Mr. Sessions said he did not. “I have no belief and do not support the idea that Muslims as a religious groups should be denied admission to the United States,” he said. But he noted that Mr. Trump has since clarified that the restriction should be on immigration from countries that support terrorism. He said religious views — where, for example, they include justification for violence against Americans — should be considered as part of the visa progress.