This Isn't The First Time A German Christmas Market Was Targeted: Young Radical Tried to Blow One Up Last Month 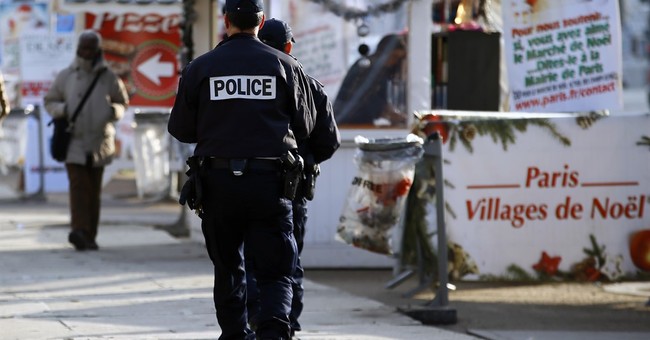 Cortney wrote about the terrorist attack that struck a Berlin Christmas Market yesterday that left 12 people dead and scores of other injured. The attack, similar to those in Nice, France and recently at Ohio State University, involved a driver plowing his vehicle into innocent bystanders. An arrest has been made, but German police are uncertain if the suspect they have in custody is the driver.

It’s not the first time these markets have been targeted. On December 16, Reuters reported that German police had arrested a 12-year-old German-Iraqi boy who had been radicalized and tried to detonate a bomb at another Christmas market in Ludwigshafen last month.

A 12-year old German-Iraqi boy tried to detonate a bomb at a Christmas market in the western town of Ludwigshafen last month and planted another explosive device near the town hall a couple of days later, German prosecutors said on Friday.

Nobody was hurt in either of the incidents. The boy, born in Ludwigshafen in 2004, is below the age of criminal responsibility, meaning no formal proceedings were launched against him, Public Prosecutor Hubert Stroeber said.

The youth welfare office is taking care of the boy and the Federal Public Prosecutor Office is in charge of investigating whether there are any suspects linked to him, Stroeber added.

He said the boy left a backpack containing a self-made nail bomb at the Christmas market on Nov. 26, but the device did not go off because the detonator apparently failed

He then planted another explosive device near the town hall of Ludwigshafen on Dec. 5 but an "informant" called the police and specialists defused it, he said.