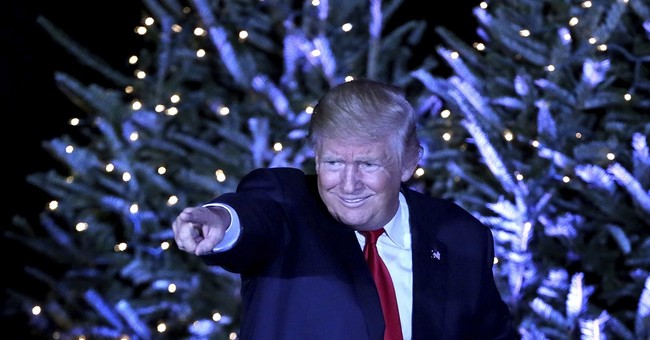 Okay—we’ve all heard Democrats saying how Hillary Clinton got almost 3 million more popular votes than President-elect Donald J. Trump—and how that shows how he doesn’t have a mandate or something, despite clinching 306 Electoral College votes by winning the majority of the states, which is how we decide who will become our next president. I know most of you know that; it’s our progressive brethren who need a civics lesson. And you also know that if it weren’t for California, Clinton wouldn’t have won the plurality of the popular vote. Hence, this is why we don’t elect our next leader based on the popular vote since the liberal Northeast and California don’t represent the country. Liberals may convince of themselves that it is, but it’s not true. Never has been. John Merline wrote in Investors Business Daily that if you remove deep blue California, Trump would have won 1.4 million more popular votes that Clinton:

There were two Democrats — and zero Republicans — running to replace Sen. Barbara Boxer. There were no Republicans on the ballot for House seats in nine of California's congressional districts.

Plus, since Republicans knew Clinton was going to win the state — and its entire 55 electoral votes — casting a ballot for Trump was virtually meaningless, since no matter what her margin of victory, Clinton was getting all 55 votes.

If you take California out of the popular vote equation, then Trump wins the rest of the country by 1.4 million votes. And if California voted like every other Democratic state — where Clinton averaged 53.5% wins — Clinton and Trump end up in a virtual popular vote tie. (This was not the case in 2012. Obama beat Romney by 2 million votes that year, not counting California.)

Again, these math games don’t matter because Trump won. Period. But it also should give more weight to why an electoral system based on winning states, instead of popular votes is a better one to elect the president of the United States. So, if you really want to mess with liberals, just mention this statistic and see how they react, or you can just let them vent since they can’t do anything to stop the incoming Trump administration. It’s coming on January 20—and Hillary Clinton is never going to be president. That’s probably the best Christmas news this year.

In all, the Left’s obsession with the popular vote shows how their side simply cannot take responsibility for nominating a terrible candidate. Trump has his flaws, yes—but at least the GOP didn’t nominate someone under an FBI criminal investigation. Clinton lost this election—and leaning on the popular vote as a crutch to say that she won is just an exercise in frivolousness. Then again, why not troll them about this. It's almost as absurd as  Democrats trying to use one-third of the senate races and trying to discern some national metric from those contests. You guys lost.