Some Electoral College Electors Want The Intelligence Briefings on Russia 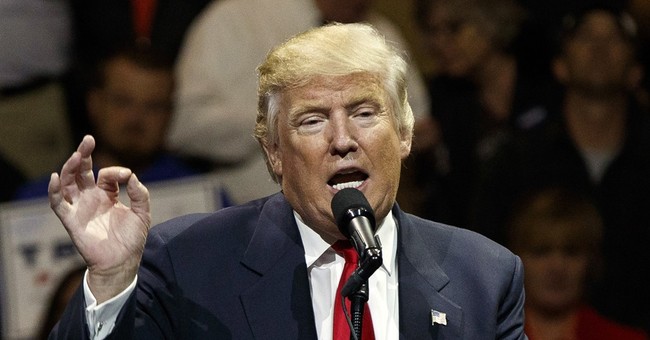 In one week, the Electoral College electors will cast their ballots and offer the official result of the 2016 election. President-elect Donald J. Trump is expected to win, despite a long shot attempt to block him at the last minute from a group of rogue electors who have called themselves “Hamilton Electors.” Some are now filing lawsuits in their respective states to free them from election laws that bind their votes to whoever won their state. This is the only way this zero hour attempt to block Trump could work (in theory). Ohio Republican governor and former 2016 candidate John Kasich has been selected as the alternative candidate, though Kasich has flatly rejected the push conducted by electors on his behalf. Now, they want outgoing Director of National Intelligence Director James Clapper to release the intelligence briefing about the alleged hacking conducted by Russia (via

We are Electors who were selected by the voters of our states to represent them in the Electoral College on December 19, 2016. We intend to discharge our duties as Electors by ensuring that we select a candidate for president who, as our Founding Fathers envisioned, would be “endowed with the requisite qualifications.” As Electors, we also believe that deliberation is at the heart of democracy itself, not an empty or formalistic task. We do not understand our sole function to be to convene in mid-December, several weeks after Election Day, and summarily cast our votes. To the contrary, the Constitution envisions the Electoral College as a deliberative body that plays a critical role in our system of government — ensuring that the American people elect a president who is constitutionally qualified and fit to serve.

We further emphasize Alexander Hamilton’s assertion in Federalist Paper #68 that a core purpose of the Electoral College was to prevent a “desire in foreign powers to gain an improper ascendant in our councils.”

Allegations that Donald Trump was receiving assistance from a hostile foreign power to win the election began months before Election Day. When presented with information that the Russian government was interfering in the election through the course of the campaign, both in private briefings and public assessment, Donald Trump rejected it, refused to condemn it, and continued to accept their help. Donald Trump even made a direct plea to the Russian government to interfere further in the election in a press conference on July 27, saying, “Russia, if you’re listening, I hope you’re able to find the 30,000 emails that are missing.”

According to reports in the Washington Post, New York Times, and other outlets, the United States intelligence community has now concluded definitively that the Russian interference was performed to help Donald Trump get elected, yet even today Mr. Trump is refusing to accept that finding.

We hope that the information and actions described in this letter will be provided in an expeditious manner, so that we can fulfill our constitutional duty as Electors.

Okay—well, these folks aren’t going to get such a briefing or any related documents to peruse. These are highly sensitive in nature and require top-secret clearance to view them, and given the time—they should probably just accept reality that it wasn’t the Russians that cost Clinton the election. It was the fact that Lady Macbeth ran one of the worst campaigns in recent memory. She lost one of the most winnable elections…ever. She sucked as a candidate. Period. Also, there is no definitive proof that Russia interfered in this election to help Trump.

Yet, some electors have formed a 527 group (Hamilton Electors, so they can raise money and that means showing donors that you're doing something, even if it is outrageous, like demanding top secret intelligence briefings one week prior to voting.

Oh, and this intelligence briefing is only being requested by ten members.