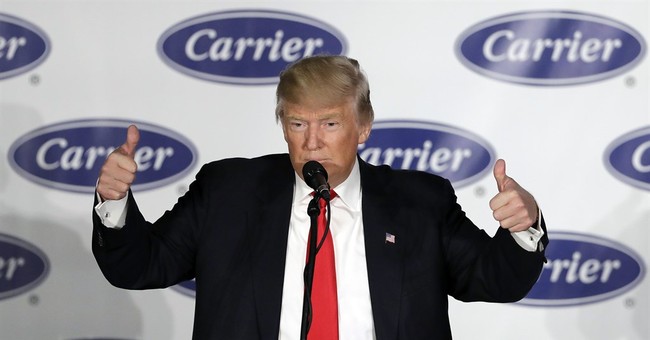 President-elect Donald Trump’s lawyers have filed an objection against Green Party candidate Jill Stein’s recount in Michigan, calling the request lawless and insulting (via The Hill):

President-elect Donald Trump's lawyers have filed an objection to the recount in Michigan, delaying and potentially blocking a review that was slated to begin Friday.

Michigan Secretary of State Ruth Johnson (R) said that the state's Bureau of Elections received the objection from Trump representatives on Thursday, a day after Green Party nominee Jill Stein filed for a recount.

“Under Michigan law, the recount is halted when the Board of State Canvassers resolves the objection,” Johnson said in a statement. "The board, which by law must resolve the complaint within five days, is scheduled to consider resolution of the objection, tomorrow, Dec. 2.

“Stein, in fact, finished no higher than fourth in any state where she appeared on the ballot,” they added. "Yet despite being just a blip on the electoral radar, Stein has now commandeered Michigan’s electoral process.

“Simply put, Michigan should not grant this lawless, insulting request, and its voters should not risk having the Electoral College door knocked off its hinges, all because a 1-percent candidate is dissatisfied with the election’s outcome.”

This whole recount effort is a farce. There is no evidence that any hacking or widespread fraud tilted the scales for Trump in Michigan, Wisconsin, and Pennsylvania. Clinton lost these states because she was viewed as untrustworthy, she didn’t have an economic message for the voters here, and her campaign straight up ignored them. Clinton and Stein shouldn’t be shocked that their respective brands of progressivism failed in these areas. The Obama administration added that the Department of Homeland Security saw no unusual spikes in cyber activity from outside sources that would suggest a hacking attempt on election night. Even Obama reportedly called Clinton and told her it was time to concede. The White House’s response is that President-elect Donald Trump won fair and square.

Still, the Left is clinging onto this hope that this recount will change the results. Even when fellow Democrats have called the effort either a waste of time or unlikely to alter the results tallied on November 8. There may be an extra vote here or there, but the end game will be Donald Trump winning Michigan, Wisconsin, and Pennsylvania. Regardless, there’s a significant number of Democrats who seem to be unable to stop sniffing glue (via YouGov):

Some Democrats and Clinton voters hold on to the hope that the recounts will show that Democrat Hillary Clinton really carried the states of Michigan, Wisconsin and Pennsylvania, three close states that gave Republican Donald Trump a majority in the Electoral College.

100% of these people declared themselves horrified by Trump's conspiracies and "rigged" allegations. https://t.co/JuWPVyjCuN