Oh, That Time When Clinton Said Anyone Who Doesn’t Accept The Results Of An Election Is A Threat To Democracy 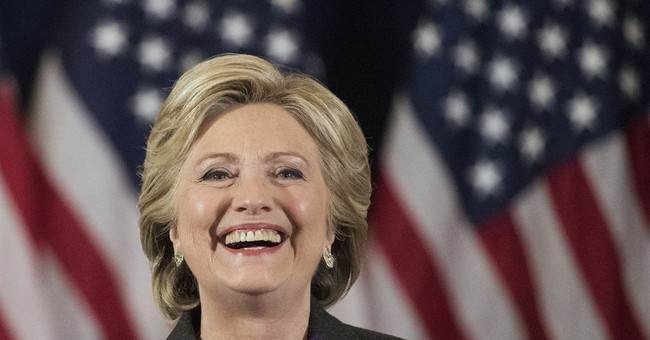 Okay—so now that the recount shenanigans are in full swing. Let’s take a trip down memory lane when then-Democratic nominee for president Hillary Rodham Clinton said on multiple occasionally that Trump not accepting the results of an election, which was made facetiously, is a “direct threat to our democracy.”

“Every time Donald thinks things are not going in his direction he claims whatever it is… is rigged against him,” said Clinton in Las Vegas on October 19.

“He became the first person, Republican or Democrat, who refused to say that he would respect the results of this election. Now, that is a direct threat to our democracy,” she added at a rally in Manchester, New Hampshire on October 24.

This reaction from Clinton land was borne from President-elect Donald Trump saying he would accept the results of the election if he won, adding that if George Bush had made a pledge to accept the results of the election three weeks prior in the 2000 race—he might have lost. Frankly, to cut through the show business side of the rally, where Trump made these remarks in Delaware, Ohio—what Trump said is actually not unusual. Any candidate has the right to challenge the results and request recounts.

The oddity here is that the Green Party, which had zero chance of winning the election is spearheading this effort based on shoddy evidence of hacking; evidence that the Clinton campaign didn’t see, which is why they didn’t file their own official challenge. Also, the Obama administration noted that the Department of Homeland Security saw no increased cyber activity from outside sources that would suggest our election system was being attacked on the night Trump beat Clinton in the biggest upset since Truman/Dewey in 1948.

Also, Clinton conceded the election. And now the campaign is piggybacking off the Green Party’s ludicrous crusade to recount the votes in Wisconsin and Michigan. Pennsylvania’s deadline for a recount petition has passed in some counties. Stein will have to challenge the results in court if she wants a statewide recount which s no easy task. She has raised enough money to fund recount efforts in two states. In fact, she’s raised more for this clown show than she did for her entire presidential bid.

NBC’s Chuck Todd said that it sounds like Stein was talked into this—and most election analysts and data crunchers have noted that there’s nothing suspicious about the results in these three states. Moreover, The Washington Post’s Dave Weigel noted that a) a recount will not uncover evidence of hacking; and b) everyone pretty much thinks this is a waste of time.

Clinton, you lost. I’m sorry, but you lost. It’s time to pack it in…heck, lady—you even admitted you lost.