Obama Administration: No One Hacked The Election; ‘The Will of the American People’ Was Reflected 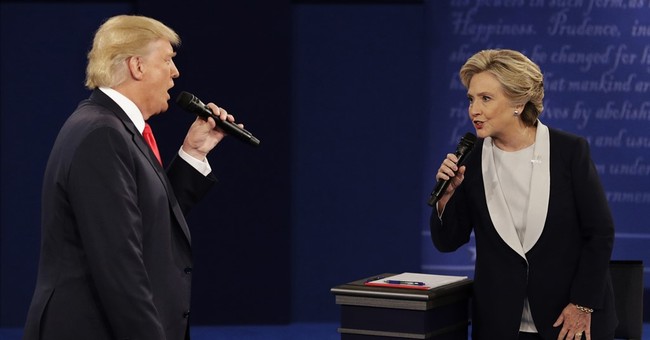 As Green Party candidate Jill Stein plans to file petition to recount the votes in Wisconsin, Michigan, and Pennsylvania, the Obama administration has come out to say unequivocally that the election was no hacked, and that the “will of the American people” was reflected in the results, according to The New York Times. Stein’s recount effort is grounded in allegations, very shoddy ones to be exact, that machines were hacked, which was exacerbated by an article in NY Magazine. Keep in mind, there’s zero evidence that any hacking occurred as well.

The publication added that no increased cyber activity was detected on Election Day, and that Stein’s recount challenge has to wait until Monday to be filed, so be on the lookout for that development. In Pennsylvania, Stein will have challenge the Pennsylvania result I court, as the deadline for a recount in the Keystone State has passed, creating another hurdle:

The Obama administration said on Friday that despite Russian attempts to undermine the presidential election, it has concluded that the results “accurately reflect the will of the American people.”

The statement came as liberal opponents of Donald J. Trump, some citing fears of vote hacking, are seeking recounts in three states — Wisconsin, Michigan and Pennsylvania — where his margin of victory was extremely thin.

In Michigan, Ms. Stein must wait for a Monday meeting of the state’s Board of Canvassers to certify the results of the Nov. 8 balloting before filing for a recount. In Pennsylvania, where paper ballots are used only in some areas, election officials said that the deadline to petition for a recount had passed, but that a candidate could challenge the result in court before a Monday deadline.

The recount efforts have generated pushback by experts who said it would be enormously difficult to hack voting machines on a large scale. The administration, in its statement, confirmed reports from the Department of Homeland Security and intelligence officials that they did not see “any increased level of malicious cyberactivity aimed at disrupting our electoral process on Election Day.”

Again, folks; Trump won the election. There’s no way recounting the votes will determine voter fraud. It’s incredibly difficult to rig an election in the manner liberals are hypothesizing. And it doesn’t negate that fact that Clinton lost because Trump drive up the margins in the rural counties, millions of Obama supporters flipped for Trump, and that Clinton couldn’t get the Obama coalition that dominates the urban areas excited enough for them to turnout in droves like in 2008 and 2012. Why? Because Hillary Clinton isn’t Barack Obama and Democrats learned the hard way that their eight-year honeymoon was only made possible because they had a solid candidate. Clinton is one of the worst candidates to ever be nominated by a major party; she was under FBI investigation when she won the primary contest. Going from a charismatic, vibrant black president to…Clinton? Yeah, SNL had it right for that opening skit with host Dave Chappelle. Of course, no one was excited for Clinton. That’s why they stayed home in Flint, Detroit, and Milwaukee. It seems we’re still months away from the “Clinton sucked and that’s why she lost” stage of the grief process on the Left.