WSJ: The Electoral College Is 'Excellent' 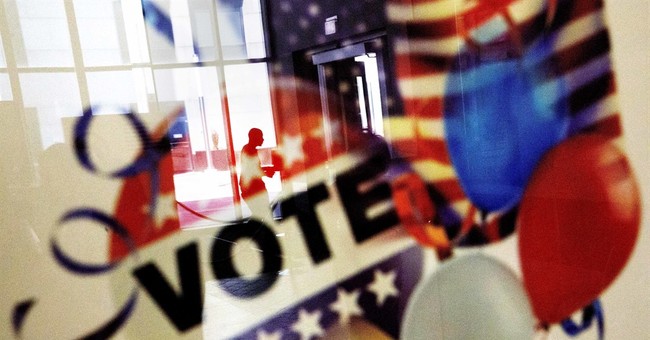 Dissatisfaction with the Electoral College is quite high with Clinton supporters and other Democrats because their gal lost. Period. She has more votes that President-elect Donald J. Trump, but that’s only because some of the most liberal states in the country, California in particular, is running up the score there. California is one of the most left wing states in the country; they get to decide who becomes president? It goes deeper than that. California, Washington, Oregon, and the liberal Northeast get to decide who should be the next president? No, because we’re 50 states with different populations, values, and political views. Somehow we all unite around one common thread: we’re Americans, we’re free, and you make what you want of this country. Liberals don’t see it that way: their way is better, it must be followed, and anyone who doesn’t kowtow is destroyed. The city-based liberal elites view those in rural areas with disgust and scorn. Why should we give a say to these country bumpkins? We’re educated. We know what’s best. Yeah, and these so-called country bumpkins are also good people, who want to work, support their families, and they do have a say in the direction of this country. Granted, their line of work might not be telling already left wing, soft, petulant brats on college campuses that the safe space mentality is okay.

This is why the Electoral College is great. It prevents entrenched majorities from stomping over everyone else’s rights—and The Wall Street Journal’s editorial board noted this last week, while also adding the total disaster that would occur should a popular vote be considered the only way to decide the presidency. Voter fraud would be rampant and a recount effort could mean that the U.S. could be denied a new leader for months:

One feature of the Electoral College is that it picks a decisive winner as early as possible. Mr. Trump’s victory across the Midwest gave him a solid majority in the Electoral College that everyone acknowledged. There was no waiting for absentee ballots or recounts. If you think a recount in one state like Florida in 2000 was corrosive, imagine a tight popular vote with contested results in 50 states and thousands of counties. The opportunities for fraud, or claims of fraud, would be endless.

The system also tends to narrow the field to two candidates who have a plausible path to 270 electoral votes. This is a weakness when the major parties produce two unpopular nominees, but that is an argument for the parties choosing better candidates. The Electoral College reduces the relevance of fringe candidates who could otherwise force themselves into importance in a national poll. Most voters in the end abandon third-party candidates so they won’t “waste” their vote.

Larry Arnn discusses the constitutional underpinnings of the Electoral College nearby. The Founders selected the system in part to moderate the worst impulses of a concentrated majority. Even after last week’s political earthquake, Alexander Hamilton ’s words for the Electoral College in Federalist No. 68 hold up: “If the manner of it be not perfect, it is at least excellent.”

So, while the cast of the Broadway show Hamilton lectured Vice President-elect Mike Pence at curtain call last week, all of them undoubtedly Clinton supporters, there is a bit of irony that the system that elected Trump was devised by the man from which the hit show is based upon. Yes, Clinton will be the fifth person to gain more popular votes and lose the Electoral College. If only she cared about working class voters, then maybe things would’ve been different. There is talk of a recount occurring in three states due to phantom irregularities with the voter tabulations. Data crunchers and elections analysts have called these allegations insane. Trump won, Clinton lost, and the game of campaigning in states, even little ones like Iowa, ensures that the so-called flyover states have a place at the table.