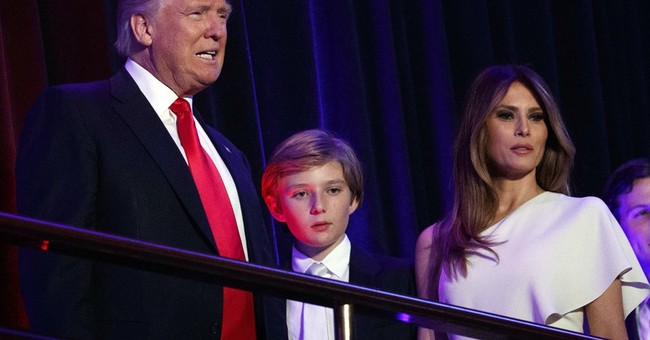 Katie wrote about how voters think that President-elect Donald J. Trump should give up his Twitter account, though she also said that he views it as a way to connect with his supporters and fight the media. The latter is especially true, which is why Trump voters love it. One voter described it as when you punch the bully in the mouth.

They also view him using Twitter as a way to stand up for his belief, to defend himself, and his supporters. The media elite and the political class they serve in the crowded urban areas of America’s cities still don’t get why they lost. The cast of the Broadway show Hamilton lecturing Vice President-elect Mike Pence at one of their shows just encapsulates the liberal bubble that came crashing down on November 8. At the same time, the Left seems to be oblivious to that fact, which is shown given the state of the Democratic Party that’s been decimated after eight years of Obama. They were wiped out in the Rust Belt, Appalachia, and they lost states where Democrats have won in the last two decades. On the state level, the GOP control 69/99 state legislature and 33 governorships. The GOP also retained control of Congress. It was a bloodbath.

Right now, Trump voters want a candidate who fights back. That’s Donald Trump. Salena Zito, who's been covering the neo-populist undercurrent that lead to Trump, had more:

Here is what the cosmopolitan class still does not get: It’s not just Donald Trump you are making fun of, it is people outside your circle, the voters whose sentiments and values that have been the punch line of Hollywood’s jokes for their entire lives.

And along comes this guy who finally says enough is enough, and they like it, said retired business executive Bill Englert, of New Kensington, Pennsylvania. “Trump is standing up for the so-called deplorables, intolerables and irredeemables excoriated by Hillary and the left,” he said.

At the Golden Dawn restaurant bar in Youngtown, a group of fraternity brothers, a mix of Trump and Clinton supporters, all agreed that what people like about Trump is that he emotes strength, stands up for himself, and — most of all — irritates reporters.

Michael Ward comes from blue-collar Monongahela Valley roots, and his family went from working-class Democrats to middle-class Republicans. At 32, he has been involved with Republican politics all his life despite living in a pretty Democratic area.

Ward, initially a Marco Rubio supporter, witnessed the impression that Trump left on voters of all backgrounds in Greensburg. “Fighting, whether it is justified or not, or whether you are right or wrong, is completely irrelevant, people just want someone that is not afraid to stand up for their cause,” he said.

“I know it’s probably crazy to say, but I think the American people felt like it was being bullied by corporate media’s view of them. Trump is the first candidate to figuratively punch the bully in the face, and people love that.”

There are some who think the 2016 electorate wasn’t angry. I disagree. I think they were worried, anxious, and yes, a tad irritated that millions of Americans were pretty much told they weren’t worth it, and that their struggles were somehow irrelevant due to so-called white privilege. The faux progressive lexicon of trigger, safe spaces, and political correctness took over, these folks only wanted to focus on getting urban-based Democrats to come out, and they thought Clinton would spur turnout. Nope. People didn’t like her. Telling 70 percent of the electorate that they’re not worth their time is a great way to kill your electoral chances. This election, the next election, and the one after that will probably have whites representing the vast majority of the voting population. Small changes in this bloc can mean life and death. For Clinton and the Democrats, they found out the hard way that a) demography isn’t destiny; and b) the white vote matters. In fact, all votes matter. You need to reach out, persuade, and listen to all voices. The Clinton campaign didn’t do any of that—and it showed.

Working class America picked Donald Trump to be their fighter in Congress, in Washington, in the White House, and yes—on Twitter apparently. Whatever can land punches and leave the liberal elite broken, beaten and bloody is what they want. I think we’re in for an interesting four years.