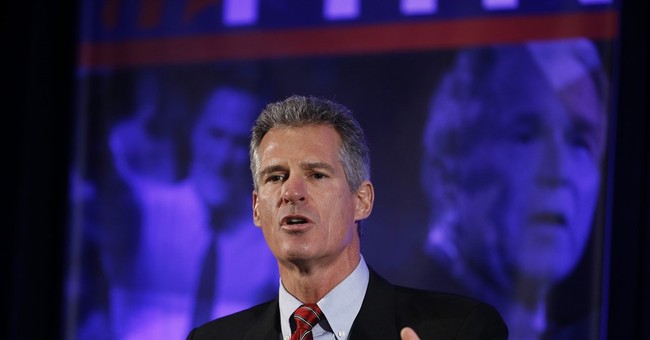 Former Massachusetts Senator Scott Brown is being considered to head Veterans Affairs in the incoming Trump administration. Brown has said he already has a few steps he would take to clean house and rid the scandal-riddled agency of the many obstacles and fostered incompetence and awarded bad behavior (via

“He said I’m in the strongest consideration for it,” said Brown. “He’s going to tell his team how he feels about me in that position. We’ll speak next week.”

Brown unveiled a wide-ranging VA agenda he would undertake if he gets the job, including:

• Setting up a 24/7 hotline for suicidal soldiers.

“It needs to be manned by a live person,” said Brown. “That’s the first thing we can do for short money and I think it would have a huge impact.”

A former Veterans Crisis Line director said in September that more than a third of calls to a suicide hotline were being rolled over to backup staffers poorly trained to address their needs.

• Outsourcing more cases of PTSD and other mental health problems to private professionals.

“The VA’s trying to do it all — they can’t,” Brown said. “We need to outsource that and get those people help right away.”

• Take back bonuses and raises that were handed out despite ongoing scandals within the VA.

“I’d try to find a mechanism, if legal, to claw back some of those bonuses,

especially in hospitals where people are dying,” Brown said.

The suicide hotline actually went to voicemail in some cases; about one-third of suicide hotline calls go unanswered since government employees leave early. A deceased veteran’s body was left to at an Illinois VA hospital for months, wait times are still a mess, and all of these problems are not helped with the current VA secretary, Robert McDonald, saying that the wait times for appointments at government hospitals are akin to the lines at amusement parks.