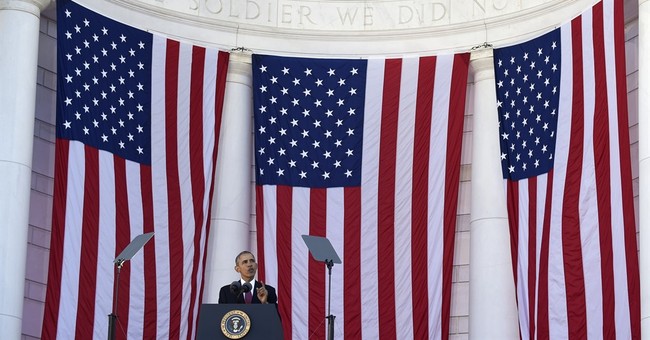 Of course, Campus Reform would be all over this. It’s disgraceful. It’s disturbing. It’s the type of antics seen on America’s college campuses, the progressive cesspools of the country that is sadly becoming all too well known. Brown University students actually caught their fellow classmates trample on flags and vandalize a memorial to those who served on the eve of Veterans Day last week. Brown Student Nicky Strada posted about this event on Facebook. He also caught a student dropping American flags on the ground unceremoniously after ripping them from the ground on November 10:

Today was a sad day...Hundreds of flags were set up on the main green of Brown University by 2 VETERANS in honor of Veterans Day tomorrow, and when i got out of class, people had snapped them, ripped them, and threw them aside (in the video). I spent 1.5 hours outside taping them back together and putting all of them back in the ground, with a few confrontations. Only 2 people out of hundreds of people that passed by stopped to help. One person actually stomped on and snapped all of the ones I put back and when i asked her to stop and explained that they were for Veterans Day she said "I don't care about that". Always stand up for what you believe even if you have 6 thousand people against you and don’t step on my flag

Amen, brother. It’s a rather appalling lack of respect for the people who give these pampered liberals the right to be terrible to those who have served our country and pretty much everyone else with whom they have disagreements. What is so terrible about veterans that liberals must go out of their way to vandalize a memorial to them? What’s with the flag? Yes, we have dark moments in our history, but slavery is dead. I use slavery since many consider this to be our original sin—and they’re right. But it’s over…thanks to hundreds of thousands of people who put on the uniform. American forces freed millions of Europeans from the grips of Nazi rule and untold generations have flourished once it was wiped off the face of the earth. This was expanded into the Eastern Bloc after the Soviet Union collapsed. Yet, South Korea, my home country, has flourished and thrived thanks to Gen. Douglas MacArthur’s intervention. U.N forces prevented the triumph of communism in South Korea. Again, untold generations are now living under freedom, prosperity, and relative peace. It’s now one of the largest economies in the world with a GDP of over $1 trillion. And it’s allowed thousands of Koreans, whose parents could not afford to raise them for whatever reason, to be adopted, like me, into loving families in the United States. This wouldn’t have been possible for me to live a better life here, to write this post, to enjoy the privilege of living in freedom if it weren’t for American forces landing in Inchon in 1950. I would be suffering under the yoke of communism. So, for that, I do wish a belated thank you to all of our veterans, but especially those who served in Korea, who have unfortunately become a forgotten cohort of heroes, whose sacrifices and bravery have gone unnoticed. I do hope that changes in the future. For those Korean War veterans still alive: thank you.

As for the Brown students who trampled this memorial, I hope you change your ways and your outlook on this holiday. This shouldn’t be a partisan issue, but your politics, as with most things, is ruining it for everyone else.