Clinton Ally on Email Fiasco: Well, It Looks Like Team Hillary 'Wanted To Get Away With It' 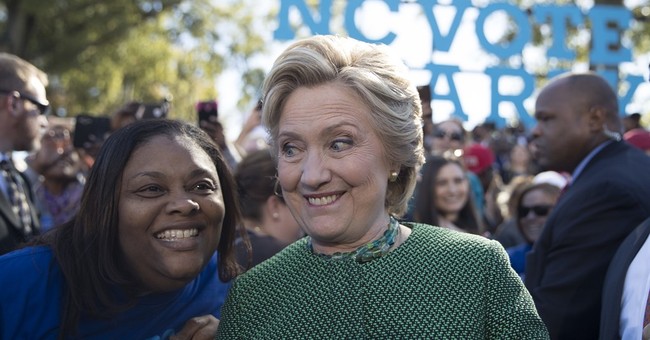 On the day (March 2, 2015) The New York Times revealed that Hillary Clinton used an unauthorized and unsecure email server to conduct all of her State Department business at State Department, which left our national security vulnerable—Center for American Progress Neera Tanden was emailing Clinton campaign chair John Podesta.

Podesta wrote,” Speaking of transparency, our friends [David] Kendall, Cheryl and Philippe [Reines] sure weren't forthcoming on the facts here.” Kendall is one of Clinton’s lawyers and Reines was the former first lady’s top adviser and Deputy Assistant Secretary of State.

“This is a Cheryl [Mills] special. Know you love her, but this stuff is like her Achilles heal. Or kryptonite. She just can't say no to this shit. Why didn't they get this stuff out like 18 months ago? So crazy,” replied Tanden.

“I guess I know the answer … they wanted to get away with it,” wrote Tanden.

Alas, even some of Clinton’s top allies know this about the former first lady that every American has known for a long time: Lady Macbeth thinks she lives by a different set of rules.

And this latest batch of Wikileaks emails also shows Clinton aides scrambling to provide a buffer for the Obama White House. As Guy wrote, Cheryl Mills, Clinton’s former chief of staff at State, shot off an email five days after the Times article as published saying, “we need to clean this up – he [Obama] has emails from her – they do not say state.gov.”

Clinton has been caught in endless lies regarding this email fiasco, with a series of debunked talking points, namely that the server was authorized, that it was signed off by the State Department, that no classified information was on her server, and that she didn’t receive or sent emails with classified material. The latter point is also a center of controversy since the FBI found three emails that were classified at the time they were sent, but were marked improperly, despite Clinton being an original classification authority. But the fact remains: those emails had sensitive material on them.

The lies also reach the Obama White House, as the president was emailing Clinton on her private server using a pseudonym, which means that he didn’t find out about it in the papers. Katie wrote in February, that Obama knew about Clinton’s server, but was “unaware” about it. Now, we know that the Obama administration knew full well about Clinton’s unusual email arrangement.

I have some questions here pic.twitter.com/ufkeoZCx2m