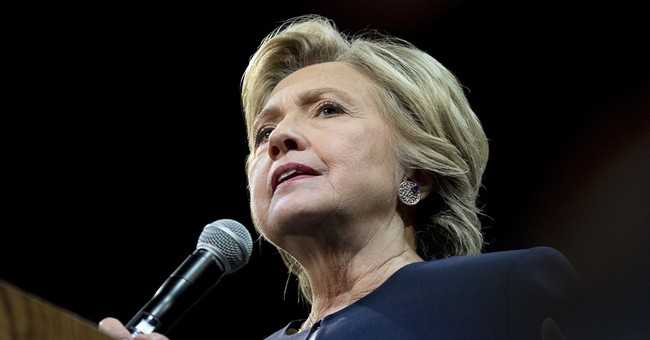 Guy wrote about the rather disturbing allegation that some quid pro quo antics were going on between an official at the State Department and the FBI, who were looking into Hillary Clinton’s unsecure and unauthorized private email server when she was secretary of state. That official, Under Secretary of State For Management Patrick Kennedy, allegedly offered the FBI the opportunity of placing more agents in countries designated as forbidden in exchange for the federal agency not classifying an email. Both the FBI and State have denied such allegations. Kennedy also reportedly tried to change the classifications on scores of other emails as well.

Yesterday the FBI released 100 more pages of notes from their investigation, where Commentary’s Noah Rothman suggests that the feared hack into Clinton’s server might have already occurred. On July 5, FBI Director James Comey said:

One of those people that emailed Clinton frequently was longtime ally Sidney Blumenthal, who allegedly opened the floodgates to allow this breach to occur. Rothman added that the IP address to Clinton’s server found on the sensitive document listing Islamic insurgents in Libya was uncovered on the email system of the Romanian hacker Guccifer:

According to documents released by the FBI on Monday, it is possible that classified information on Clinton’s server was compromised by longtime family associate Sidney Blumenthal and that information could have found its way onto a Romanian server.

The search uncovered hundreds of files that the witness believed to be from Sidney Blumenthal’s server on a server in Romania,” reported LawNewz’s Chris White, citing FBI documents. “These files included Microsoft Word, Excel, and other documents, but no emails. Blumenthal’s email account was breached by the Romanian hacker Guccifer.”

According to the source who spoke with the FBI, the documents housed on a foreign server contained one “sensitive” file listing the names of potentially active Islamist insurgents in Libya. The FBI’s source said the email did not originate on Blumenthal’s end and “contained a reference to an IP address range that included the IP address of Clinton’s server.”

Well, if this is true, it confirms what some have postulated had already happened. It’s not shocking, though even if this turns out to be a false alarm—the initial charge sticks: Clinton was reckless in safeguarding possible state secrets from outside actors. That’s certainly a lack of judgment that most American voters wouldn’t want in their president, especially someone who is as unpopular as Hillary Clinton. Trump should bring this up during the final debate this Wednesday. Just list the facts, and let the story take hold.