Was It Legal For The NYT To Release Trump’s 1995 Tax Return? 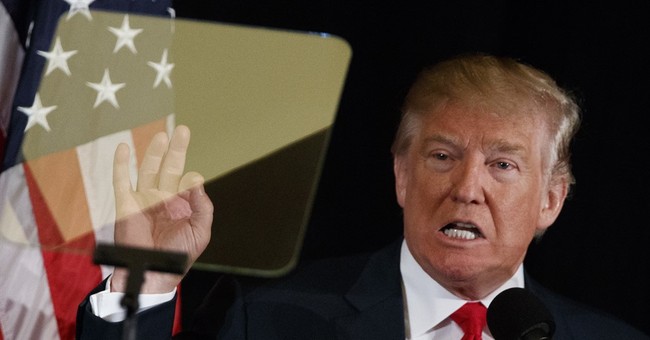 The media and the Democrats are going nuts over Trump’s 1995 tax return. It shows that the Republican nominee could’ve avoided paying the IRS for almost 20 years due to a staggering $916 million in losses. The New York Times reported on this finding over the weekend. They obtained the three-page return indicating that Trump utilized the net operating loss provision, which “allows a dizzying array of deductions, business expenses, real estate depreciation, losses from the sale of business assets and even operating losses to flow from the balance sheets of those partnerships, limited liability companies and S corporations onto the personal tax returns of men like Mr. Trump.”

The fact of the matter is what Trump did was legal. There’s no real story here. Moreover, it offers an incomplete financial profile of Trump. Yet, there’s another level to this story. Was this even legal for The Times to release publicly? Tax returns are a highly sensitive matter that requires approval prior to disclosure. Obviously, The Times did not get that sign off from Donald Trump. The law is very clear here, and The Hill’s Joe Concha took the publication to task for sacrificing their ethics to publish this story. He also took the newspaper’s executive editor, Dean Baquet, for failing in the integrity department regarding this position in media:

It shall be unlawful for any person to whom any return or return information (as defined in section 6103(b)) is disclosed in a manner unauthorized by this title thereafter willfully to print or publish in any manner not provided by law any such return or return information. Any violation of this paragraph shall be a felony punishable by a fine in any amount not exceeding $5,000, or imprisonment of not more than 5 years, or both, together with the costs of prosecution.

Susanne Craig appeared on CNN's "Reliable Sources" on Sunday to recount how the records ended up in her possession. The interview was standard fare, with Craig stating, "It's not a crime to check your mailbox."

"In criminal willfulness prosecutions, this is as close as you get to a 'smoking gun' of willful intent to break the law: public admission the person knows they would be breaking the law, but advocating it anyway," writes Barnes. "Worse yet, because Baquet is a 'key employee' with authority to bind the company, this conduct could be considered a crime of The New York Times as a company."

The Times argues it has a right to publish the records under the guise of free speech.

But ask yourself this: Do you really think Baquet would also risk jail time to obtain Hillary Clinton's 33,000 "private" emails that have been deleted?

How about hacking into Goldman Sachs servers to get a transcript of her speeches to the Wall Street giant?

Would Baquet publish Clinton's medical records, which she refuses to release as John McCain did in 2008, to the tune of 1,173 pages' worth?

In September, Baquet said he would risk going to jail concerning publishing a story about Trump’s tax returns—and it seems like the paper could be venturing into murky legal territory over a nothing burger. The Times piece even admitted that there is nothing illegal while reviewing this brief glimpse into Trump’s financial status. While the $916 million loss is ridiculous, Trump has been able to turn things around—or at least that’s what his surrogates have been saying on the airwaves. It’s annoying but this question will be asked at the next debate, it will be a point of attack for Clinton, and Trump’s answer needs to be a knockout…for everyone’s sakes.