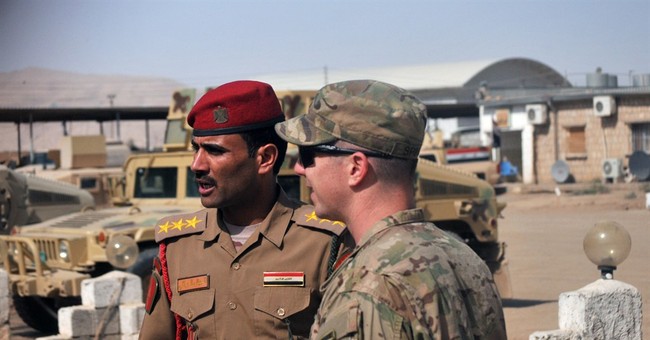 As U.S. and Iraqi forces prepare to launch an offensive to retake Mosul, we found out this week that 615 more troops will be deployed to assist in intelligence gathering for the Iraqi government forces that will be spearheading the attack. The number of U.S personnel already in Iraq is estimated between 4,900-6,400 men (via NBC News):

The Department of Defense is preparing to dispatch 615 more U.S. troops to Iraq to help government forces oust ISIS from the city of Mosul, the White House announced Wednesday.

The soldiers will provide logistics support for the Iraqi forces and not spearhead the attack, White House press secretary Josh Earnest told reporters on Wednesday. The troops, who will deploy in the coming weeks, will have a supporting role, helping with logistics and providing advice.

Last week, the U.S. military said they needed 500 more troops, which came around the time a shell containing mustard gas was launched at U.S. and Iraqi forces. Blessedly, no one was killed and the shell was described as poorly weaponized and ineffective.