Is Gun Confiscation Coming To Hawaii? 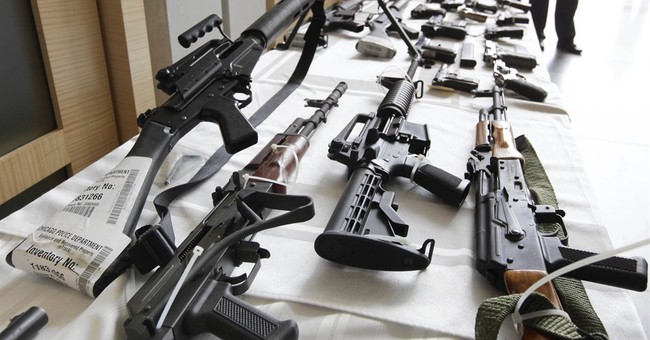 States are seen as the laboratories for democracy. They can be places to cite great public policy successes and highlight the many horrible failures. As more Democratic states adopt more anti-gun policies, there are fears that the groundwork for confiscation is being set. Of all places, you would think that California, or New York, would be the place that Second Amendment rights advocates fear would be the test area for such policies. Nope. It’s actually Hawaii. The Aloha State is the first in the country that requires its gun-owning residents to enter a federal database (via NRA Hunters):

Hawaii’s new law requires current and future gun owners to register in the FBI’s “Rap Back” system. The FBI calls it their Next Generation Identification Program, which is currently used to track the actions of people who are part of ongoing criminal investigations. If someone enrolled in the database has contact with law enforcement, an alert is issued through the FBI. Now the program will be used to track the actions of all law-abiding gun owners in Hawaii—and not just residents. SB 2954 requires law enforcement to request a “Rap Back” on anyone requesting a firearm license or registering a firearm. Translation: Hunters who intend to visit Hawaii to hunt will find themselves enrolled in an FBI database meant for criminals.

Two other additions to the state’s gun control legislation are found in House Bill 2629. One prohibits anyone convicted of certain stalking offenses from owning firearms. The other requires law-abiding gun owners who have been diagnosed with “a significant behavioral, emotional or mental disorder, or due to emergency or involuntary admission to a psychiatric facility” to surrender their firearms and ammunition. If they do not comply, their local police chief can seize the guns and ammo.

Claims have been made to the effect that the new laws are about the “community’s safety and responsible gun ownership” and merely ensure the security of Hawaii residents and visitors. However, it is clear Hawaii has become the first state to enable a federal registry of lawful gun owners, tracking their movements and laying the groundwork for confiscation.

The NRA also adds that purchasing firearms in the state also require a permit from law enforcement, and now with the new law—your name gets added into a federal database. So, is gun confiscation coming to Hawaii? Not at this point, but it doesn’t mean that you essentially being tracked by the government for simply exercising your constitutional rights is incredibly disturbing. If anything, we must always be on the alert. On the mainland, some of California’s cities are pushing to monitor ammunition sales (San Jose Mercury News):

In a state already known for some of the nation’s strictest gun controls, some San Jose officials are pushing the city to go further with a proposed law that would toughen requirements for securing firearms, reporting their theft and monitoring ammunition sales.

If approved by the City Council, the law would put San Jose among Sunnyvale, Oakland and San Francisco as cities that have adopted local gun control laws and drawn fire from gun-rights groups.

“I don’t want to wait for a massive tragedy,” said Councilman Ash Kalra, who proposed the gun safety ordinance along with Councilman Raul Peralez, a former police officer. “I want us to do something now to get illegal guns off the street.”

However, the policy is raising concerns among San Jose business owners who say it’s impractical, difficult to enforce and won’t stop violent crime.

“It’s just another law that’s unnecessary and will put law-abiding citizens in a position where it’s going to be difficult to defend themselves,” said Steve Zehring, co-owner of Mel Cotton’s Sporting Goods, which sells rifles and shotguns.

Yet, blessedly, this anti-gun hysteria is contained to the bluest of blue states. On a positive note, Missouri became the 12th state to adopt constitutional carry, with the state legislature overriding Democratic Gov. Jay Nixon’s veto.