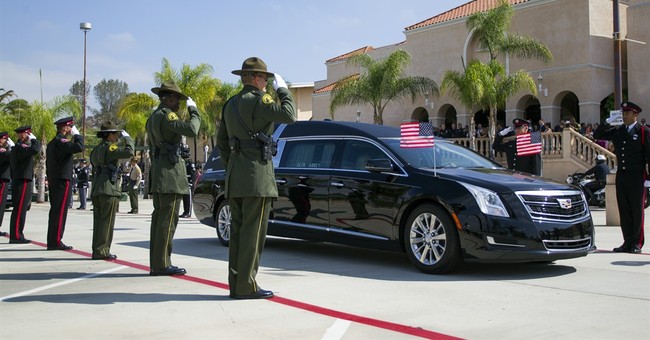 Being for law and order, and especially being for those who wear the badge and put themselves in harm’s way, could be a detrimental aspect for future Democratic candidates. These grading marks were found in some leaked Democratic Congressional Campaign Committee memos, especially the ones dealing with DCCC attempts to oust Republican Daniel Webster in Florida’s 10th congressional district (via WEX):

The documents include notes about electoral demographics, fundraising and similar campaign information, but most notably include criticism of at least two of the party's own candidates going into Florida's Aug. 30 primary election.

In the state's 10th district, for example, where four Democrats are vying to replace Republican Rep. Daniel Webster, the DCCC papers single out one candidate: Bob Poe, who the documents note could be viewed as "anti-black lives matter/pro-police" and as "too conservative among other progressive Democrats."

Well, it certainly not surprising that Democrats feel this way, especially during an election year. Remember, on the Left, you cannot be seen as too pro-police; otherwise you’re no different than a Republican apparently.

One last thing: back the blue.