Trump: Obama Is The 'Founder Of ISIS' 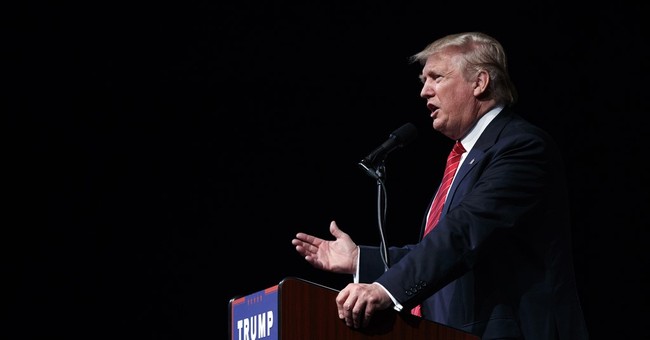 President Barack Obama is the founder of the Islamic State. That’s what Republican nominee Donald Trump said at a rally in Sunrise, Florida yesterday (via NYT):

This morning on The Hugh Hewitt Show, the radio host tried to offer Trump some cover, trying to imply that what he meant was that the power vacuum that was left from our withdrawal from Iraq created the conditions ripe for ISIS to rise in the region. Yet, Trump doubled down, as he’s always done since the launch of his candidacy:

HH: I’ve got two more questions. Last night, you said the President was the founder of ISIS. I know what you meant. You meant that he created the vacuum, he lost the peace.

HH: But he’s not sympathetic to them. He hates them. He’s trying to kill them.

DT: I don’t care. He was the founder. His, the way he got out of Iraq was that that was the founding of ISIS, okay?

HH: Well, that, you know, I have a saying, Donald Trump, the pneumonic device I use is Every Liberal Really Seems So, So Sad. E is for Egypt, L is for Libya, S is for Syria, R is for Russia reset. They screwed everything up. You don’t get any argument from me. But by using the term founder, they’re hitting with you on this again. Mistake?

DT: I gave her the co-founder.

HH: I know what you’re arguing…

DT: You’re not, and let me ask you, do you not like that?

DT: I mean, with his bad policies, that’s why ISIS came about.

DT: If he would have done things properly, you wouldn’t have had ISIS.

DT: Therefore, he was the founder of ISIS.

No, that’s not true. Now, there are aspects that Hewitt highlights that are accurate, which is that smart power has been a total disaster for us. And Hillary Clinton was there for most of it. It’s fine to say that the Obama foreign policy created the security situations that led to the rise of ISIS. This is prime territory for Republicans to rip Democrats as being soft on terror, and that they cannot be trusted handling our national security Instead, the Republican nominee declares that Obama and Abu Bakr al-Baghdadi, along with Clinton, founded ISIS. It’s another misfire, which will keep this cycle of bad press for Trump going strong. Clinton, on the other hand, is probably breathing some sighs of relief as her email story is now on the backburner.