Paul Ryan Is Going To Be Fine 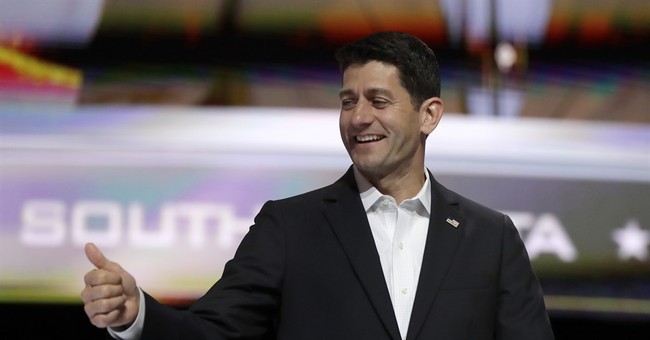 For those of you hoping that Speaker of the House Paul Ryan loses in his primary next week, there’s some bad news. He’s leading his challenger, Paul Nehlen, by 66 points (via The Hill):

Speaker Paul Ryan is expected to dominate in his Tuesday House primary, even without the endorsement of Republican presidential nominee Donald Trump.

Moreover, Ryan’s not like former Congressman Eric Cantor, who lost in an upset to now-Rep. David Brat. As Betsy Woodruff over at The Daily Beast noted, Ryan is popular with his constituents and goes back to Janesville weekly. Additionally, history has shown that House Speakers are notoriously hard to get rid off through elections. The late Tom Foley lost his seat in 1994, which was the first time that has happened since House Speaker Galusha A. Grow lost his re-election bid…back in 1862:

…Republican voters in Ryan’s district like him—a lot. Unlike Cantor, who hardly ever left D.C. to go back to his central Virginia district, Ryan regularly bounces back and forth between Washington and Janesville. He marches in parades, spends campaign money on TV ads, and meets with constituents.

“The groundwork has not been set for an insurgence,” Franklin said.

That’s not for lack of effort. Nehlen’s advocates include some of the same right-wing media figures who helped propel Brat to his win over Cantor. Influential conservative talk radio host Laura Ingraham—whose speech at the Republican National Convention was one of its most underrated—is a dogged critic of Ryan, especially on trade. Ann Coulter, who praised Brat during his primary bid, plans to campaign with Nehlen on Aug. 6. Sarah Palin also promised to boost Nehlen, though there’s little evidence she’s done much to help him. And Michelle Malkin and former Rep. Tom Tancredo, two of the noisiest foes of comprehensive immigration reform, also endorsed Nehlen.

Woodruff added that Donald Trump’s refusal to endorse Ryan might have also cost him the state, blowing up RNC Chairman Reince Priebus’ work to try and get the state party leadership behind Trump. Also, she notes that Nehlen’s rhetoric might be a liability. It’s already bad enough for a primary challenger to try an oust someone with an 80 percent approval rating, calling him a “soulless globalist,” like Nehlen, doesn’t mesh with the state either.

From the outset, the state was seen as possibly an area where Trump fever could take hold, given he amount of working class whites in the state. That’s not the case anymore.