Study: Law-Abiding Firearm Owners Really Don't Commit Gun Crimes (Which Is What We've Been Telling You All Along) 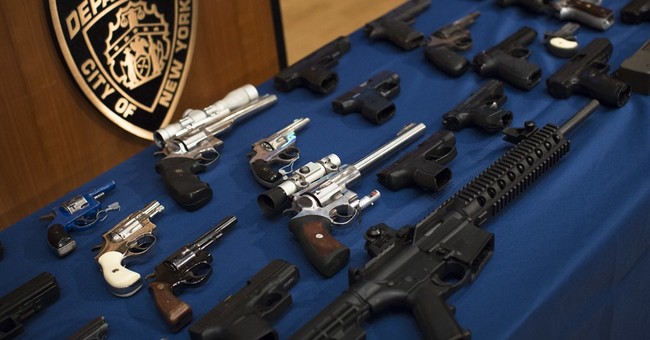 Well, what do you know? It looks like what we’ve been saying about gun crimes being committed mostly by people who shouldn’t have them turns out not to be NRA-backed propaganda, but…the facts. For what seems like millennia, the pro-Second Amendment crowd has said ad nauseum that the vast majority of gun owners are law-abiding, and that the vast majority of gun crimes are committed by people who shouldn’t firearms to begin with. It’s not a radical concept, nor is the notion that more gun control laws would only harm the honest gun owners, while having zero impact on the criminal element in this country.

In a new study by the University of Pittsburgh, it was discovered that law-abiding gun owners were responsible for less than a fifth of all gun crimes (via WaPo):

In the study, led by epidemiologist Anthony Fabio of Pittsburgh's Graduate School of Public Health, researchers partnered with the Pittsburgh Bureau of Police to trace the origins of all 893 firearms that police recovered from crime scenes in the year 2008.

They found that in approximately 8 out of 10 cases, the perpetrator was not a lawful gun owner but rather in illegal possession of a weapon that belonged to someone else. The researchers were primarily interested in how these guns made their way from a legal purchase — at a firearm dealer or via a private sale — to the scene of the crime.

"All guns start out as legal guns," Fabio said in an interview. But a "huge number of them" move into illegal hands. "As a public-health person, I'd like to be able to figure out that path," he added.

More than 30 percent of the guns that ended up at crime scenes had been stolen, according to Fabio's research. But more than 40 percent of those stolen guns weren't reported by the owners as stolen until after police contacted them when the gun was used in a crime.

One of the more concerning findings in the study was that for the majority of guns recovered (62 percent), "the place where the owner lost possession of the firearm was unknown."

Christopher Ingraham, who wrote the article, added that straw purchases are also a major factor in guns getting into the wrong hands. As evidence to that fact, he mentioned that 44 percent of gun owners identified in the 2008 study did not return calls from law enforcement. Yet, the rate and lack of initiative on behalf of gun owners reporting their firearms stolen, or approaching law enforcement, is a bit disconcerting. Maybe here the federal and state government could lend a hand in incentivizing making sure more people safely store their firearms. I’m not saying that gun owners are irresponsible, but maybe here is where federal and state governments could pass laws that incentivize more secure storage: allow gun owners to write gun safes off their taxes.

The Secure Firearms Act was proposed in 2013, but died at the end of the session. It offered a $1,200 deduction to any citizen for the cost of a gun safe. Maybe double or triple that amount—do something that could incentivize more Americans to participate in gun safe buying. First of all, who wouldn’t want he chance to get a $1,200 deduction in the first place? I bet you could get a lot more if that figure were increased a bit. Granted, this is just one piece of policy that could be debated. Frankly, the best ways to effectively stress properly storage is have the National Shooting Sports Foundation, The National Rifle Association, and other pro-gun rights groups conduct public service campaigns of their own to stress the issue, but we all know that anti-gun liberals are going to protest, whine, or go indiscriminately insane if these groups start talking about gun safety.

In fact, there’s an almost 100 percent chance the talk about proper storage in this context would be hijacked by gun control crowd’s incessant need to discuss expanded background checks. Nevertheless, it’s the right thing to do if this were to happen. Yet, the real issue here is that gun owners are law-abiding, and criminals don’t obtain their firearms legally. But I know all we will get from the anti-gun Left is a big eyeroll.