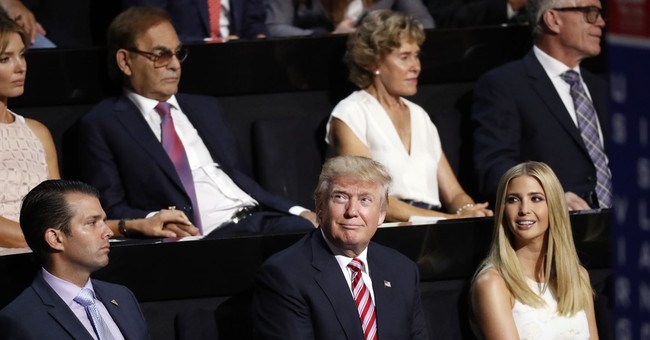 Sen. Ted Cruz refused to endorse Donald Trump at the Republican National Convention, but the nominee didn’t seem to care. He tweeted,

“Wow, Ted Cruz got booed off the stage, didn't honor the pledge! I saw his speech two hours early but let him speak anyway. No big deal!”

Wow, Ted Cruz got booed off the stage, didn't honor the pledge! I saw his speech two hours early but let him speak anyway. No big deal!

Yet, was that the case? Trump arrived towards the tail end of Cruz’s address, around the time when the Quicken Loans Arena was filled with boos and jeers over the Texas senator’s superficial calls for unity. Was this an attempt to reassert who was the big dog at this convention? Moreover, the well-circulated photo of the Trump family during Cruz’s speech doesn’t signal “no big deal.” The looks on the faces of the Trump family speak of either disappointment or pure rage. Then again, in the end, Trump won; he’s the nominee.

The look on the Trumps faces as they watched Cruz’s speech pic.twitter.com/0FoGaoM9Xp

.@tedcruz just told me: 'I had to speak the truth... It's going to be an interesting couple of days. The chips will fall where they may.'

It remains to be seen if this will have a detrimental impact on what many are saying was Cruz’s first step towards  a 2020 run. He appears to know that already, telling Politico’s Glenn Thrush let's see where "the chips" fall on this matter. Yet, like Trump, Cruz has a devoted following, who certainly ate this speech up. Moreover, 2020 is very, very far off. Anything can happen.