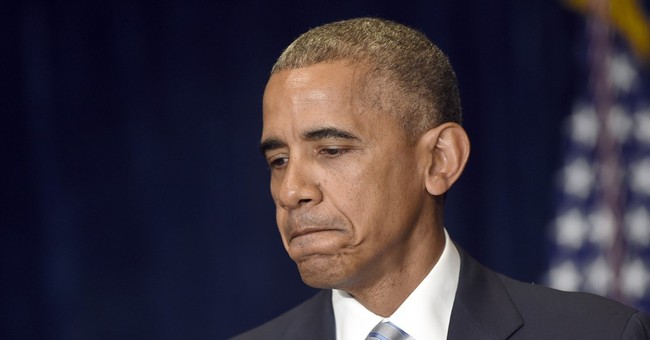 Editor's Note: The original post was written in a way that made it look like Obamacare co-ops and exchanges were the same thing. They're not. We deeply apologize for the error. The post has been updated to reflect the changes.

Well, in March, it was reported that the last remaining Obamacare co-ops are on the verge of failing. Two more co-ops in Connecticut and Oregon recently decided to close shop. Right now, roughly one-third of the co-ops are left out of 23 that were set up. Virtually every one that remains could fold this year. Ali Meyer of The Washington Free Beacon reported once again from the ruins of this health care venture:

Six of the seven Obamacare co-ops that are still in operation are currently on corrective action plans, according to an official from the Centers for Medicare and Medicaid Services.

The Illinois Department of Insurance announced this week that it was requesting an order of rehabilitation for the state’s Land of Lincoln Health co-op because of its unsustainable financial position. The co-op was originally awarded $160.2 million by CMS.

Kevin Counihan, a top official for the Centers for Medicare and Medicaid services, told lawmakers on Wednesday that of the seven co-ops that are still in operation, six have been placed on corrective action plans. Co-ops are flagged for these plans when the agency has identified issues with the co-ops finances, operations, compliance or management processes.

It was earlier reported in the Daily Caller that the remaining co-ops could sink this year. We appear to approaching that juncture, but Obama now wants to discuss revisiting the public option for Obamacare. Yikes.