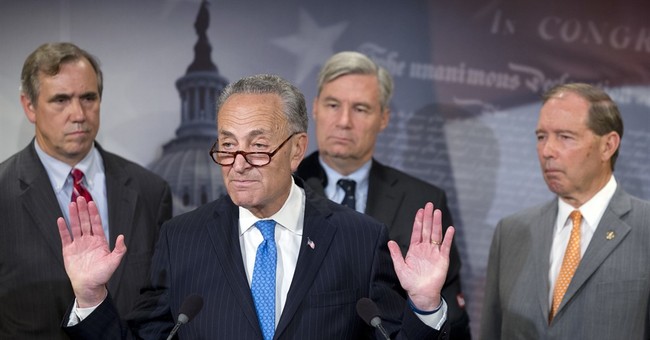 Democrats seem to be poised to launch a multi-pronged attack against various conservative organizations that refused to support Democratic legislative efforts to combat climate change. This “web of denial” is in the crosshairs of 19 Senate Democrats led by Sen. Sheldon Whitehouse (D-RI). According to Lachlan Markay of the Washington Free Beacon, emails they’ve obtained show a coordinated effort, with senators assigned to attack a specific group in a speech on the Senate floor (via Free Beacon):

Internal emails about the effort obtained by the Free Beacon reveal a highly coordinated plan between members of Congress and environmental activist groups to fuel a public relations and legal offensive against fossil fuel companies and groups they support.

Congress goes into recess on July 16–and they don't come back until September 5. So, this is pretty much a Hill clown show, while the nation grips with another string of police-involved shootings that sett off a wave of protests across the country. Oh, and we're sending more troops to Iraq, but let's talk about some organizations that–shocker–don't agree with us.