Another One? Tennessee Gunman Motivated By Police Shootings Opens Fire On Highway 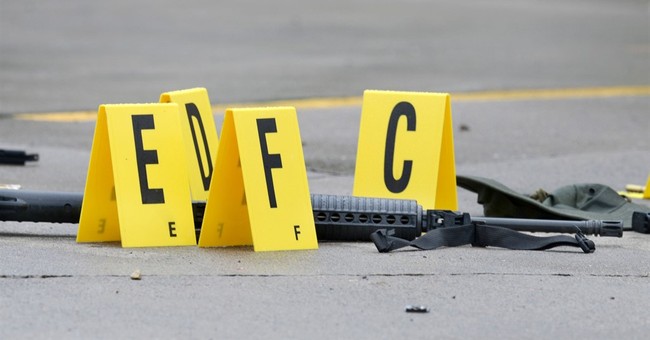 As Dallas reels from the horrific attack last night that left five of its officers dead, we have a Tennessee man opening fire on a highway who seems to have shared similar motivations with the Dallas gunman.

The Associated Press reported that Lakeem Keon Scott targeted police officers and innocent bystanders because of the string of shootings involving law enforcement and African Americans troubled him. He killed one person and wounded three. He was shot by police and is currently in the hospital. He has not been formally charged:

A man accused of shooting indiscriminately at passing cars and police on a Tennessee highway told investigators he was angry about police violence against African-Americans, authorities said Friday.

One woman died and three others, including one police officer, were injured in the rampage.

The Tennessee Bureau of Investigation said in a news release that initial conversations with the suspect, 37-year-old Lakeem Keon Scott, revealed he was troubled by several incidents across the U.S.

Scott, who is black, was wounded in the shootout with police, remains hospitalized and has not yet been charged. All those shot were white, police confirmed.

The announcement comes just hours after 12 officers were shot at a Black Lives Matter protest in Dallas by a man who police say declared he was angry about police shootings of black men and wanted to exterminate whites. Five of the officers died.

The shooting spree in Tennessee began around 2:20 a.m. Thursday.

Scott was stuck by the officers returning fire. He remains in the hospital in serious but stable condition.

The Tennessee Bureau of Investigation said the investigation is ongoing as they work to understand the shooter's motive.

In Dallas, Micah Xavier Johnson, 25, was a U.S. Army veteran who shot 12 police officers, killing five, at the conclusion of a peaceful protest against the officer-involved shooting deaths of Philando Castile in Minnesota and Alton Sterling in Louisiana. Before Dallas Police used a bomb robot to set off an explosive device that killed him, Johnson said that he was also troubled by the shootings, that he wanted to kill white people, especially white police officers. Johnson had held up in the El Cento College parking complex, exchanging gunfire with police who tried to negotiate a peaceful end to the situation.