Coca-Cola: The Latest Victim Of Venezuela's Disastrous Affair With Socialism 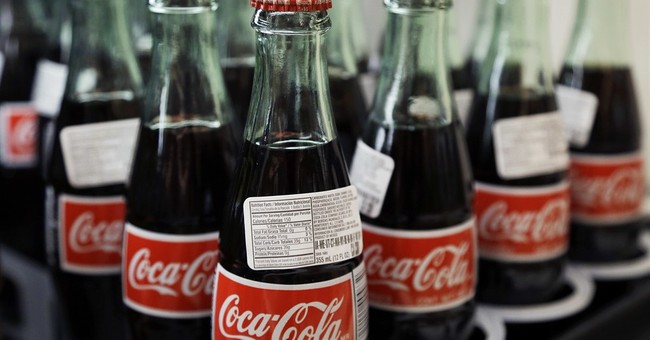 Venezuela’s death spiral continues, as its supply of sugar has been depleted. The incident has caused all Coca-Cola production to shut down in the country, which is already reeling from hunger, looting, lack of medicine, rolling blackout, and hyperinflation (via CBS News):

Coca-Cola is halting production in Venezuela of its namesake beverage due to a sugar shortage brought on by the country's grinding economic crisis.

The Atlanta-based company said in an emailed statement Friday said that its production of sugar-sweetened beverages will be suspended in the coming days after local suppliers reported they had run out of the raw material. Sugar-free beverages are not affected and the company said its offices and distribution centers remain open in Venezuela.

The move comes as Venezuela's economy is teetering on the edge of collapse with widespread food shortages and inflation forecast to surpass 700 percent.

This is authoritarian socialism, folks. Oh, and those rolling blackouts have been wreaking havoc at what’s left of the nation’s health care system, where dead and dying babies is becoming the norm. Say what you want about capitalism, it’s the only economic force that’s been able to lift hundreds of millions of people out of poverty. The same cannot be said for Venezuela’s 21st Century Socialism.