Even Without Trump, Republicans Still Have A Hard Electoral Map This Year 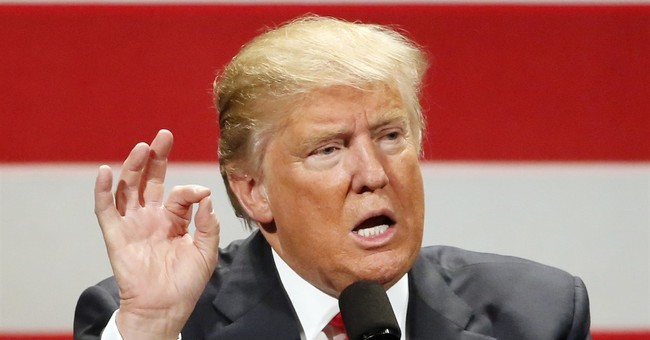 Trump supporters and anti-Trump supporters can go back to their corners because the Cook Political Report just threw a wet blanket on Republicans as we prepare for battle against the Clinton political machine. Yes, voter turnouts are high in the GOP primaries, but the map simply favors the Democrats by over 100 electoral votes. Chris Cillizza of the Washington Post penned a piece about the doom and gloom facing Republicans:

The Democratic nominee this fall will, if past is prologue, start with a 140-electoral vote lead over the Republican nominee.

The Democratic nominee needs to win only 28 additional electoral votes to get to 270 and be elected president.

Now, let's do the same for Republicans. Give Donald Trump the 13 states that every GOP nominee since 1992 has won (not a total sure thing for Trump, by the way). And, give him the five states the Republican nominee has claimed in five of the last six elections. And the seven states that have voted for the Republican nominee four times since 1992. Add them all up and you get 219 electoral votes. That means Trump or Ted Cruz or whoever needs 51 more electoral votes to win. Give Trump Colorado, Florida and Nevada — three of the four swingiest states over the past six presidential races — and he still only gets to 263 electoral votes.

By now, we should all be reaching for a bottle of bourbon (in some cases several bottles), as we say goodbye to America under a Clinton White House. The Supreme Court is bound to swing to the left for the next generation. Obamanomics survives, more or less, for another term; it’s the death of the country. Moreover, both Trump and Cruz’s paths to victory, as Cillizza noted, are rugged–and both men certainly don’t have the charisma and gravitas at this point to swing enough undecideds and independents into the Republican fold. Yet, it does show that even without Trump, this was still going to be a hard year for Republicans given the map. The Northeast plus California alone gives the Democrats a leg up. Yet, things could change.

If Hillary is indicted for mishandling classified information, then the whole election changes. At the same time, let’s say Sen. Bernie Sanders beats Hillary for the nomination over the news of her indictment, he still beats Cruz and Trump handily. Even more depressing is that one could look and see how unappealing Trump and Cruz are to the wider electorate, given that a disheveled democratic socialist who is also a mile wide and an inch deep on policy is able to beat both of them.

Let’s say Hillary dodges a bullet on the indictment, there’s no doubt Democrats have an enthusiasm gap this year. The core of the Democratic Party isn’t enthused by her, or straight up doesn’t like her, but if Trump or Cruz wins the Republican nomination, it could boost Democratic turnout by default. A large swath of Democratic voters may not like Hillary, but they’re not going to sit and let Trump and Cruz take the White House. On the other hand, the number of Republicans who say they’re not going to vote for Trump is going to dwindle. I find it hard to believe that the most hard-core conservatives with a deep antipathy for Clinton are going to stay home. It’s akin to people who said if Bush was re-elected, they’d move to Canada. No such thing happened en masse. I’m willing to roll the dice that the Republican base will come out for whoever wins the nomination in Cleveland this July, but we sure have to scale the political equivalent of Everest to clinch a win. Still, there is a path to victory with Trump, the frontrunner, as Ed mentioned in his column for The Week in February, albeit he also said it’s not an easy one.