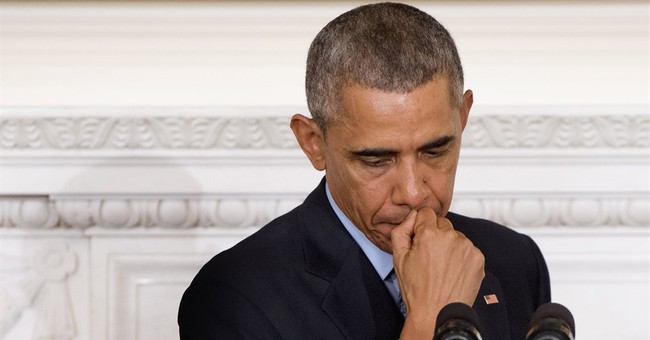 While the Senate GOP is standing firm not to hold hearings, or even meet, with Obama’s Supreme Court nominee to fill the vacancy left by Justice Antonin Scalia, rumors abound that popular Republican Gov. Brian Sandoval is being vetted by the White House (via WaPo):

Sandoval is increasingly viewed by some key Democrats as perhaps the only nominee President Obama could select who would be able to break a Republican blockade in the Senate.

Senate Majority Leader Mitch McConnell (R-Ky.) on Tuesday pledged “no action” on any Supreme Court nomination before November’s election, saying the decision ought to be left to the next president.

The White House declined to comment Wednesday for this story. White House press secretary Josh Earnest has emphasized in recent days that the president has not arrived at a short list of potential nominees.

The nomination of a GOP governor — albeit one with a bipartisan record — could break that resolve.

So, of course, the principals are being tight-lipped, but the Post, who nabbed this scoop, noted there are positives and negatives to this nomination. It places pressure on Senate Republicans to entertain his nomination, given that he was unanimously confirmed as a federal judge in 2005. Roll Call reported that Senate Republicans are prepared to march to the gates of hell in this SCOTUS fight, but new polling gives Democrats plenty of ammunition to pressure the Republican leadership for hearings:

“Ayotte continues to side with the likes of [Sen.] Mitch McConnell, Donald Trump, and Ted Cruz against the people of New Hampshire by putting partisan politics over the job she was elected to do,” said Aaron Jacobs, Hassan’s communications director.

The Supreme Court could become a campaign issue in Wisconsin, as well, where Republican Sen. Ron Johnson is facing a challenge from Democrat and former Sen. Russ Feingold.

“Certainly the people of Wisconsin want to see the Senate do its job, the president do [his] job, and the Supreme Court do its job. So I think it will definitely be of interest,” said Tammy Baldwin, the state’s Democratic senator.

A Pew Research Center poll released Monday showed 56 percent of Americans believe the Senate should hold hearings and vote on Obama’s Supreme Court nominee. Senate Democrats are planning to capitalize on that public support, and will take to the Senate floor, and the campaign trail, to keep the issue in the forefront.

Also, about those swing state Republicans:

Mark S. Kirk of Illinois, Ron Johnson of Wisconsin, Kelly Ayotte of New Hampshire, Patrick J. Toomey of Pennsylvania, and Rob Portman of Ohio. Indeed, for a collection of senators whose biggest headache to date has been one outside of their control – Donald Trump’s improbable success in the GOP presidential primary – the question of how to handle Supreme Court confirmation is at least within their power, but it could be no less challenging.

The electoral fates of Portman, Toomey, Ayotte, Johnson, and Kirk – along with open-seat races in Florida and Nevada and the re-election campaign of Democratic Sen. Michael Bennet – will determine which party controls the Senate majority in 2017. If the party’s presidential nominee wins, Democrats need to win a net of four seats to regain control of the chamber; the number grows to five if the GOP presidential nominee wins.

The five incumbent Republicans are under particular pressure because Obama won their home states during both of his presidential campaigns, and each figures to be a top target of the next Democratic presidential nominee in the fall. To win re-election there, all of the GOP lawmakers must reach beyond their conservative base to assemble a winning coalition.

Yet, it seems Sens. Kelly Ayotte (R-NH) and Rob Portman (R-OH) are rolling the dice by sticking with conservatives, refusing the meet with the president’s nominee. Over at Hot Air, Jazz Shaw acknowledged the risk of Republicans losing the general, the Senate, and having a Democratic president–with a Democratic majority–pick a hard core liberal to fill Scalia’s vacancy; and noted that losing the upper chamber is worth it by holding the line against an Obama appointee.

The Post added that Sandoval leans to the left on abortion and the environment. As governor, he expanded Medicaid coverage, which is a key provision in the president’s new health care law. Sandoval enjoys a good relationship with outgoing Sen. Harry Red (D-NV). Yet, he’s not pro-labor, which could create some dissension with Senate Democrats. Nevertheless, the question become what happens if it looks like Hillary is going to win in November:

The Judiciary members will need to hold unified for McConnell to get what he now says he wants — that the Senate spend the rest of 2016 flat-out ignoring the nomination President Barack Obama is certain to announce, probably in the next three weeks. (The White House said Monday the president was making a series of telephone calls to senators from both parties to consult about possible picks.)

If even a few Republicans break ranks, the pressure will grow enormously to follow regular order and schedule confirmation hearings and a committee vote — and then a floor debate, no matter what Judiciary decides.

The most obvious alternative is for McConnell to say that, upon reconsideration, he’s decided Republicans ought to exercise their “advice and consent” obligations more affirmatively — and as a result, they’ll afford whomever the president proposes a comprehensive vetting. The hope would be such a promise neutralizes criticism of the GOP as reflexively partisan and anti-constitutional — while preserving the party’s option to conclude that, after an exhaustive review, the nominee must be spurned because of a fatally flawed background or an unpardonable leftist extremism.

Notably, this course was promoted Monday by Mark S. Kirk of Illinois, one of five GOP senators waging tough re-election races in states Obama carried in both his elections.

If it gets to be Nov. 9, and the White House or the Senate have been won by the Democrats, the Republicans could decide to confirm any reasonably mainstream center-left Obama pick as the bird-in-the-hand alternative to whomever the new president might choose or the next senatorial majority might accept.

All of his options presume McConnell keeps conforming to the well-established pattern of his Senate career, which has routinely prioritized the party’s acquisition and retention of power ahead of advancing its policies.

With Sandoval, it could be a moderate Republican pick. Either way, the fact that Sandoval is reportedly being considered shows that Obama could be gearing towards a safe, sensible, and centrist avenue in order to pressure Republicans to move on his nominee. He may have sacrificed the notion of fully dragging the court to the left, knowing that a) that won’t happen with a Republican majority and b) he could still make Republicans look bad in the 2016 election, casting them as obstructionist which could still yield dividends even if he did nominate a hard core liberal who could energize blocs of voters who lean Democratic in presidential years.

With a Republican Congress, the president seems to be guiding the Court towards the center, which is the compromise. The problem is that Republicans probably won’t find that palatable, given that key abortion, regulatory, and possible Second Amendment fights could be at the Court’s steps in the coming years and may not want to gamble on having another centrist–the other being Justice Anthony Kennedy–be the final voice.

At the same time, Democrats have set the precedent on these Supreme Court fights.

Last Note: Folks, this could also be total troll bait from the White House to push Republicans to hold hearings and then announce a hard core liberal in which case Pandora's box has already been opened.