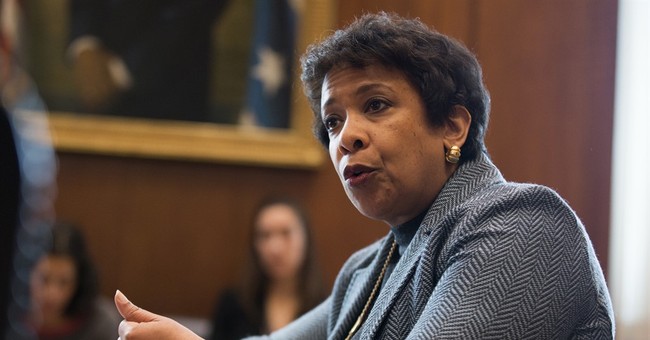 As Guy noted in his post yesterday, the Obama White House has ruled out a recess appointment, so that fear has been put to rest. So, who’s it going to be? What person will President Obama nominate to replace the late Justice Antonin Scalia, who passed away at the age of 79 over the weekend?

It doesn’t get any more political than this battle. Tom Goldstein, co-founder of SCOTUSblog, aptly noted the Obama administration wants a nominee that could motivate some of the strongest voting demographics who lean Democratic in presidential elections years, which would pressure Republicans in holding a hearing with an eventual up or down vote, with the added benefit of swinging the Court to the left for the next generation. For the Republicans, it’s anathema to the base to even entertain a hearing or a vote for the president’s nominee, especially when so many key decisions that have swung to the right in the past 25 years will be in jeopardy of being reversed (Heller, anyone? Heller).

It’s possible–and he went out of his way to note that Sen. Ted Cruz (R-TX) knows the politics of this lawfare all too well. Then again, he did say that it would rehash memories of the doomed 2013 government shutdown over Obamacare that ruined the party brand with independents. Politico, Roll Call, and other had their obligatory short list pieces on prospective nominees. Goldstein thinks it will likely be current Attorney General Loretta Lynch–and that Republicans are probably going to hold a hearing and vote her down along party lines, but it could possibly energize black and female voters:

…[I] think the President personally will be very tempted to appoint a black Justice to the Court, rather than a second Hispanic. His historical legacy rests materially on advancing black participation and success in American politics. The role Thurgood Marshall previously played in that effort is inescapable. The President likely sees value in providing a counterpoint to the Court’s only black Justice, the very conservative Clarence Thomas.

For those reasons, I think the President will pick a black nominee. I’ve long said that the most likely candidate for the next Democratic appointment was California Attorney General Kamala Harris. She is fifty-one. A female nominee has significant advantages as well. That is particularly true for the candidacy of the likely Democratic nominee, Hillary Clinton. For reasons I’ve discussed elsewhere, I think her nomination is difficult to oppose ideologically, given her history as a prosecutor.

If Harris wanted the job, I think it would be hers. But I don’t think she does. Harris is the prohibitive favorite to win Barbara Boxer’s Senate seat in the 2016 election. After that, she is well positioned potentially to be president herself. If nominated, she would have to abandon her Senate candidacy and likely all of her political prospects. So I think she would decline.

But Attorney General Loretta Lynch, who is fifty-six, is a very serious possibility. She is known and admired within the administration. At some point in the process, she likely would have to recuse from her current position, but the Department of Justice could proceed to function with an acting head. Her history as a career prosecutor makes it very difficult to paint her as excessively liberal.

The fact that Lynch was vetted so recently for attorney general also makes it practical for the president to nominate her in relatively short order. There is some imperative to move quickly, because each passing week strengthens the intuitive appeal of the Republican argument that it is too close to the election to confirm the nominee.

I think the administration is likely to nominate her, that the Senate will initially refuse to proceed with the nomination but ultimately accede after delaying the process significantly, and then vote her down on party lines. At that point, Republicans will slow-walk a follow-up nominee and claim that it is too close to the election to act on the candidate.

Now, Goldstein did note that his colleague, Amy Howe, noted that there is no precedent for Congress to refuse taking up a Supreme Court nomination due to an upcoming presidential election. Still, as Guy noted, the ball is in the Senate’s court on this one. Obama can nominate all he wants; the Senate can refuse to lift a finger regarding filling this vacancy. For goodness' sake, we even have senior Democratic senators (Schumer and Reid) on the record, noting either a) a presidential year is tough for judicial nominees or b) we need to stop any Bush appointee at all costs during the tail end of his presidency. This seems to be the hill to die on and it could show what many conservatives feel is lacking in Congress: a robust redoubt against this president.

Blogger Kevin Drum of the left-leaning Mother Jones reminded his fellow liberals that the ghosts of Robert Bork may be coming back to haunt them, while also acknowledging that Bork was a brilliant legal scholar. The Bork hearings placed the inherent rot of American liberalism on full display when it comes these legal battles. We can thank Sens. Joe Biden and Ted Kennedy for shifting the judicial nomination into a bloodsport. A process that went from the paradigm shifting from “is this person qualified” to “is this person a right-wing (or left-wing) zealot who will ruin America.” Bork was rejected, and it forced Republican presidents to gravitate towards the center; Justice Anthony Kennedy is a centrist (more or less) and David Souter eventually ended up on the liberal wing of the court. Drum noted that these betrayals from Republican nominated Supreme Court justices were rehashed when the Roberts Court upheld Obamacare, which is why turnout dividends could manifest come November if the GOP doesn’t botch this up:

Bork may not have been the first Supreme Court nominee to be rejected by the Senate, but he was the first during the politically charged post-Roe era, and the first to be rejected on a nearly party-line vote over ideology, rather than scandal.

That seat eventually went to Anthony Kennedy, who turned out to be a centrist conservative. Two years later, partly to avoid another Bork-like conflagration, George H.W. Bush nominated David Souter to an empty seat. But Souter turned out to be a liberal. The year after that, Bush nominated Clarence Thomas, who was confirmed—but only barely and only after an epically ugly fight.

That four-year period from 1987 to 1991 dominates the way Republicans think about the Supreme Court. It represents two things to them: that Democrats have no qualms about waging scorched-earth campaigns of utter ruthlessness, and that Republicans need to be unceasingly alert to weak-kneed betrayal from allegedly conservative court nominees.

What all this means is that Republican voters are likely to be more fired up by the Scalia vacancy than Democrats. And they're going to stay fired up by Fox News and the rest of the gang. If Democrats want to match this, they're going to have to really work at it. My guess is that the Supreme Court fight is good for a 1-2 percent increase in Republican turnout this November. It's not clear to me if Democrats can match this.

Before Kennedy/Bork, SCOTUS noms were about qualifications. Now it's all ideology: pic.twitter.com/jD0xTmdRsD

Yet, what if it isn’t Lynch. It could be someone who even Sen. Ted Cruz (R-TX) voted for, clerked with Sandra Day O’Connor, and worked for both the Bush and Obama administrations. A person like that, given his unanimous confirmation vote, could be the candidate that the president needs to get the ball rolling, as there is no logical explanation why Republicans should reject him sitting on the Court. It could embarrass the Senate Republicans to hold confirmation hearings, make the GOP look stupid, and Obama gets a notch in his legacy belt. Yet, as Goldstein noted, a candidate like this doesn’t lurch the Court to the left, and it surely doesn’t yield the same electoral dividends in this scenario, even though Asians lean heavily towards Democrats. Meet Judge Sri Srinivasan of the D.C. Court of Appeals (via Roll Call):

The Senate voted 97-0 to confirm Sri Srinivasan to the U.S. Court of Appeals for the D.C. Circuit, sometimes referred to as the second-highest court in the land behind the Supreme Court because it decides many regulatory issues that have a nationwide scope.

“We have been friends for a long time – so I am hopeful that our friendship will not be seen as a strike against you by some,” Cruz said, a remark that drew laughter in the hearing room. Cruz, now seeking the Republican nomination for president, noted that both he and Srinivasan served as law clerks for judges on the 4th Circuit Court of Appeals in 1995 and 1996.

Hatch told him, “I think you’re going to make a great circuit court of appeals judge and I intend to support you.”

Srinivasan would be a consensus candidate that Obama could pick “if he wanted to try to lower the temperature” of Senate politics, said appellate lawyer John Elwood, a partner at Vinson & Elkins in Washington.

Let’s see how this goes, but I do see how even if Srinivasan has unanimous bipartisan appeal (and would make history as out nation’s first Indian-American justice), it won’t be enough to sway the base. First, he’s probably another centrist. So, it’s good that he won’t drag the Court into Lenin territory (hypothetically), but with immigration, abortion, Second Amendment rights, and the legality of the devastating Clean Power Plan on the line–there’s simply too much at stake. Not to mention that Obama could not have him on his short list at all in which case the GOP should erect fortifications, dig in, and fight like hell to win the White House.