DOJ: No Civil Rights Charges To Be Filed Against Darren Wilson 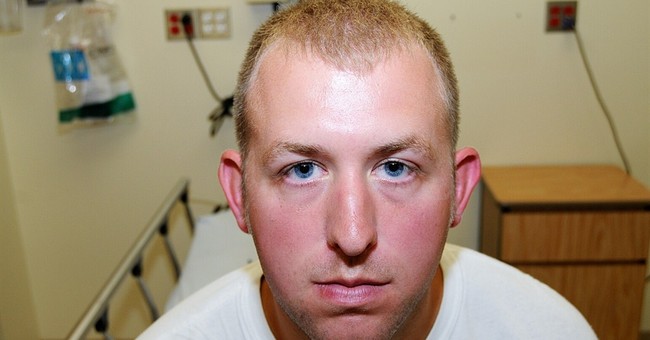 As mentioned in a previous post, it looked like the Justice Department didn’t have enough to file civil rights charges against then-Ferguson Officer Darren Wilson, who shot Michael Brown in self-defense last summer. It spawned another national dialogue about race, police brutality, and the justice system that raged for months. Now, the Justice Department confirms that Mr. Wilson won’t be charged, and that the case is considered closed (via NYT):

Justice Department lawyers will recommend that no civil rights charges be brought against the police officer who fatally shot an unarmed teenager in Ferguson, Mo., after an F.B.I. investigation found no evidence to support charges, law enforcement officials said Wednesday.

Attorney General Eric H. Holder Jr. and his civil rights chief, Vanita Gupta, will have the final say on whether the Justice Department will close the case against the officer, Darren Wilson. But it would be unusual for them to overrule the prosecutors on the case, who are still working on a legal memo explaining their recommendation.

A decision by the Justice Department would bring an end to the politically charged investigation of Mr. Wilson in the death of 18-year-old Michael Brown. The Missouri authorities concluded their investigation into Mr. Brown’s death in November and also recommended against charges.

Federal investigators interviewed more than 200 people and analyzed cellphone audio and video, the law enforcement officials said. Officer Wilson’s gun, clothing and other evidence were analyzed at the F.B.I.’s laboratory in Quantico, Va. Though the local authorities and Mr. Brown’s family conducted autopsies, Mr. Holder ordered a separate autopsy, which was conducted by pathologists from the Armed Forces Medical Examiner’s office at Dover Air Force Base in Delaware, the officials said.

The federal investigation did not uncover any facts that differed significantly from the evidence made public by the authorities in Missouri late last year, the law enforcement officials said. To bring federal civil rights charges, the Justice Department would have needed to prove that Officer Wilson had intended to violate Mr. Brown’s rights when he opened fire, and that he had done so willfully — meaning he knew that it was wrong to fire but did so anyway.

The Justice Department plans to release a report explaining its decision, though it is not clear when. Dena Iverson, a department spokeswoman, declined to comment on the case Wednesday.

Wilson resigned from the police force last November. He found the grand jury’s decision to be “very relieving.” He isn’t proud about taking Brown’s life, but is certain he did the right thing. The Ferguson Grand Jury’s decision to not charge him in the death of Michael Brown set off a torrent of looting, vandalism, and arson.

CNSNews.com did a great series on the aftermath of the riots, and the owners of small businesses that were damaged during the rioting.

Let’s hope this community can come together and turn the page on this very tumultuous and violent summer.