Hershey Retreat: Budget Reconciliation Is Not A Silver Bullet 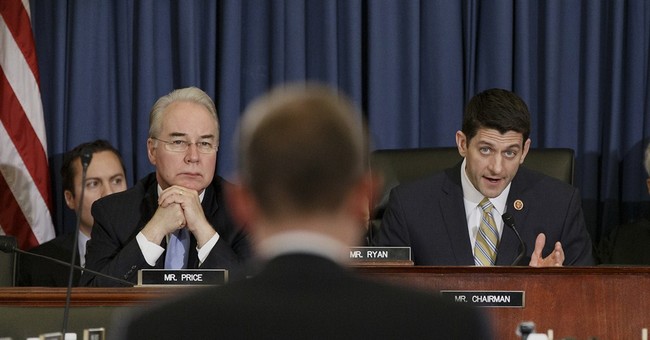 Hershey, Pa – A Republican aide who attended the Budget and Reconciliation policy session said that House Budget Chairman Tom Price (R-GA) gave an overview of how the House operates concerning the budget. Rep. Price also noted that budget cuts and a thriving economy were necessary if there is any hope of balancing the budget. As for the reconciliation process, the congressman described it as a powerful tool, but not a silver bullet.

Sen. Mike Enzi (R-WY), who is the Senate’s new Budget Chairman, said that it’s been nearly a decade since the Senate has completed a budget plan. With the Reid era over in the Senate, Sen. Enzi expressed a desire to finish a budget by April 15, which is the statutory deadline. He added that Republicans want the reconciliation process to work, so it’s up to them to execute this maneuver without any mistakes.

Both Enzi and Price said they’d be open to hear other options regarding budget reconciliation.

The process of reconciliation drew the ire from Republicans back in 2010 when Democrats used it to pass Obamacare. While Republicans have used this process before, they contend it was done to find ways to reduce deficits, not push through big government health care policy.

While the New America Foundation veers to the left, it has a good summary on the whole process, which cannot be filibustered:

You can see why Enzi and Price want this to be an efficiently executed maneuver if they decide to do this later this year.