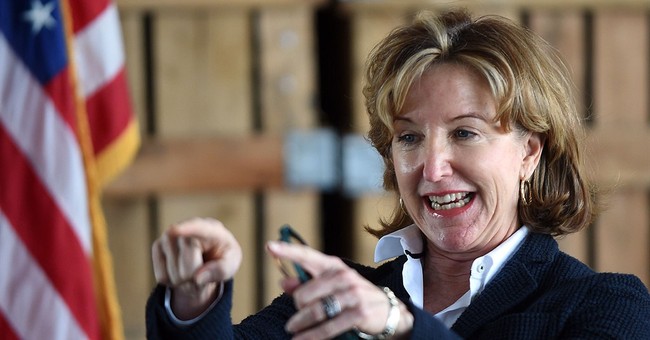 The butcher’s bill for Democrats was substantial in 2010 and 2014. Yet, the Democrats that were booted in the 2010 and 2014 election cycles could be eyeing a comeback in the 2016 elections. (via National Journal):

A handful of Democratic candidates, both incumbents who were defeated and challengers who fell short, are already being talked about as future prospects and could be back on the ballot as early as 2016.

"This was a wave, and I think it was also the product of turnout more than these individual people being rejected," said Democratic pollster Celinda Lake. "I think there's an opportunity for them to run again. ... Voters don't particularly hold it against you that you lost."

Sen. Mary Landrieu of Louisiana is on the cusp of defeat this year and Sen. Mark Begich of Alaska lost by 8,000 votes to Republican Dan Sullivan. Landrieu seems to be heading towards defeat in the Dec. 6 runoff election against Republican Bill Cassidy. Her defeat would be Republican senate pickup number nine, which would the final victory in this wave election

But, Landrieu’s colleague in the Senate, David Vitter, is running for governor in 2015. If he wins–and he probably will–that leaves an open seat for 2016. While there is no open seat in Alaska, many are discussing Begich challenging Sen. Lisa Murkowski, who won a write-in campaign to secure her re-election in 2010. Things could get tight that year.

In North Carolina, Kay Hagan could be the candidate to challenge Sen. Richard Burr, as the Democratic bench isn’t really that deep against the Republican incumbent.

The Journal piece also noted that Michelle Nunn and Jason Carter, who ran on the Democratic ticket for the U.S. Senate and the governor’s race respectively, could comeback in 2016–when Sen. Johnny Isakson is up for re-election–or 2018; the next gubernatorial contest.

Lastly, former Wisconsin Sen. Russ Feingold and former Pennsylvania Rep. Joe Sestak could be considering a rematch against their Republican opponents who defeated them in 2010.

While Johnson will have plenty of conservative support in terms of fundraising, Sen. Pat Toomey might have some trouble. His name is on the 2013 gun control bill that went down in flames; an aspect that could deprive him of NRA support in a year when he’ll need all the allies he could get to withstand a Democratic offensive in a presidential year–and in a state where Republicans haven’t won since 1988; Pennsylvania has been a cruel mistress to Republicans; the GOP controls the state legislature, the majority of the county courthouses, and until recently had the governor’s mansion, but votes Democratic in national elections.

Nevertheless, he could repair his reputation in the new GOP-led Senate. And his levelheaded voting record could prevent him from bleeding votes in key counties he won in 2010, which also happen to be where elections are decided in Pennsylvania:

Toomey supporters, like the Keystone State GOP guru Bob Asher, say the senator is "extremely well-positioned" to win anyway, given his record and acumen. But even the senators' admirers expect an onslaught.

Toomey has a head start -- he's an incumbent with $5.4 million in campaign funds -- and he'll have a chance to burnish his resume in a GOP-held Senate. On Wednesday he called it "a big opportunity for constructive progress."

Keystone XL Pipeline, rolling back regulations on banks and repealing a tax on medical device makers.

But there's also the threat that ideas pushed by hard-line colleagues like Sen. Ted Cruz (R., Tex.) complicate Toomey's political life and attempts to appeal to the moderates who could swing Pennsylvania races in 2016.

"That's more than two years away," Toomey said in a recent interview. "For now, for me, this is all about being productive."

[W]hile Democrats thought he'd be easy to paint him as a bomb-throwing right-winger, Toomey threw political curve balls instead.

He has struck a delicate balance in his approach and votes.

"He comes across very measured," said Larry Ceisler, a Democratic analyst. "That's going to make it very hard for the media consultants to turn him into a person you hate."

Unlike former Sen. Rick Santorum (R., Pa.) -- who became known as an unyielding culture warrior -- Toomey, an ex-banker with a business-like demeanor, has focused on fiscal matters, staying firmly conservative there while moving toward the center on several big social issues.

While Republican Gov. Tom Corbett lost to Democrat Tom Wolf on Nov. 4, the Republicans gained eight seats in the State House and three in the Senate; an ignominious end to Democratic hopes of retaking the upper chamber this year. You could see that as a silver lining, but whether it will translate into firewall for Toomey is unlikely; he needs to win Bucks County just outside Philadelphia, which he won in 2010; in order to have some hope of re-election.

As for Hagan, while she might emerge as a potential 2016 contender for Burr’s seat, Democrats are troubled she received 900,000 fewer votes this year than when she won in 2008.

Right now, the 2016 map isn’t all doom-and-gloom for Republicans, especially with the long game looking more dire for Democrats who will suffer a dearth of new blood in the party ranks if they are unable to reclaim some state legislatures and governorships in upcoming elections.

Right now, almost 50 percent of the population lives in states where the GOP controls the state legislature and the executive–and they are in control of the most state legislatures since 1920.

Editor's note: The original post mistakenly said that former Wisconsin Senator Russ Feingold, a Democrat, would get conservative support in fundraising; I obviously meant to say Sen. Johnson.  Sorry for the error, folks.  The post has been corrected to reflect the changes.