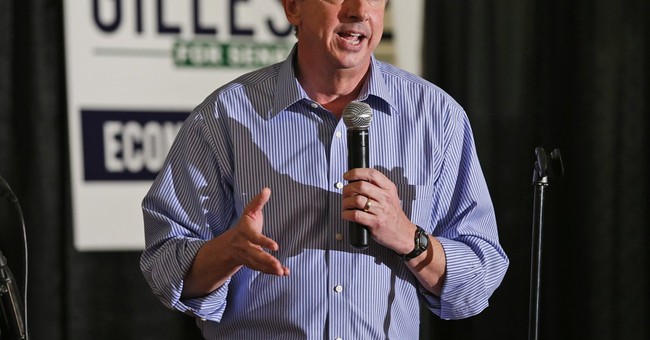 The fact that Warner squeaked out a win with 0.4 percent of the vote is another indication of the disastrous night Democrats had last Tuesday.

Concerning a recount, Gillespie said he would have taken such a course if he knew victory was possible. In this case, it was not. But, the former RNC chair had a great showing that puts him in a great position to run statewide again in 2017 when Democratic Governor Terry McAuliffe’s term is up. (via CNN):

He [Gillespie] said he would challenge the result "if I believed that there were any conceivable way" to win in a recount. He said he'd forwarded complaints about voter irregularities on to Virginia election officials, but that those votes wouldn't change the race's outcome.

"In my head and in my heart, I know that a change in outcome is not possible," he said. "The numbers just aren't there, and it's time to accept the decision of my fellow Virginians."

Gillespie's surprisingly strong showing has fueled speculation that he could run again for statewide office -- including possibly for governor.