NAACP Releases Statement On 2014 Elections, But No Mention Of Mia Love Or Tim Scott's Historic Wins 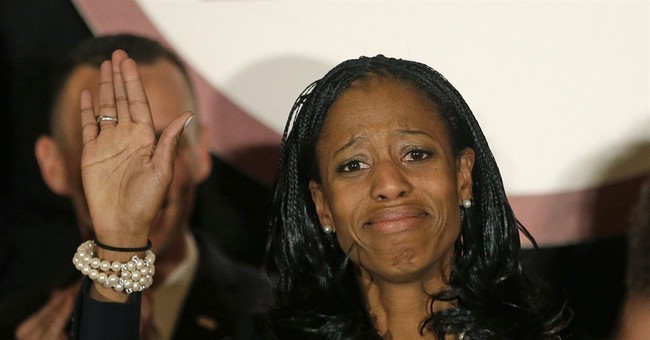 The NAACP has given Townhall a statement on the 2014 Midterm Elections:

The National Association for the Advancement of Colored People (NAACP) is committed to leading the effort alongside other civil and human rights organizations and our newly elected Congress to pass a robust Voting Rights Act Amendment.

Equal access to voting remains paramount as numerous reports of voting irregularities emerged during the midterm elections yesterday. Malfunctioning voting machines, voters turned away because of erroneous voter ID laws, missing names of registered voters and long lines were among the major challenges that the NAACP fielded along with our Election Protection partners via the 1-866-Our-Vote hotline. We assert that passage of a robust Voting Rights Act Amendment is essential for the states previously protected under section 5 as well as for all Americans for the sanctity of our republic. We urge the newly elected Congress to join us in ensuring that all registered voters in our great country have unfettered access to the ballot box.

Cornell William Brooks, President and CEO of the NAACP:

“This election was not about who won but the rather the citizens who lost the right to participate. This first election post the Shelby vs. Holder decision resulted in problems in every single state previously protected by the Voting Rights Act. For 49 years, these states were singled out because they had a history of discriminating against American voters. The Election Protection Hotline we manned with other concerned organizations fielded over 18,000 calls yesterday, many in those same states previously protected by the VRA. As we move forward—it is imperative that our newly elected Congress work with the NAACP and our partners to pass Voting Rights Act Amendment legislation that assures that all Americans have the franchise—our very democracy depends on it.”

There is no mention of Tim Scott or Mia Love’s historic wins this election cycle in the statement. As you can see, it’s mostly about the Voting Rights Act.

Townhall has reached out again via email to see if the NAACP will like to specifically comment on Love and Scott’s wins last Tuesday, which made history.

Michelle Nealy, who works in the organization's communications office, said in an email:

The NAACP is a nonpartisan organization that looks forward to working with the new Congress.

While the NAACP is a nonpartisan organization, surely they could give a statement on whether these wins represent progress in America, especially with Tim Scott since he's the first black U.S. Senator from the South since Reconstruction.

Townhall also contacted Jamiah Adams, NAACP's digital director, to set up a possible interview with the organization's President and CEO Cornell William Brooks this weekend. Over the phone, she reiterated that the NAACP is a nonpartisan organization, and said we should send her an email to set up a time with his scheduler.  If Mr. Brooks was too busy during that time–Ms. Adams said he was traveling–Townhall said a simple statement about whether Scott and Love's wins represents progress would suffice.

Hopefully, we'll have an update for you on Monday.