Also, he asks people to use public transport. 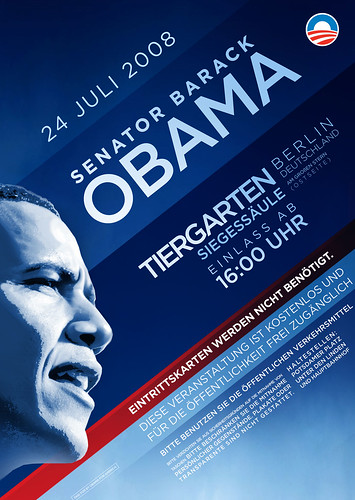 One additional point—Obama requires attendees of all rallies in the US to get tickets, and there have obviously been suggestions that that means that people who are not fervent Obama supporters are excluded.  But he’s OK with letting anyone (literally, any random dude off the street) into his rally in Germany?

Update:  Erick Erickson has a very thoughtful post on this.

And Reuters' Jon Decker has this:

"According the Rasmussen Reports survey, the belief among voters that reporters are trying to help Barack Obama win the fall campaign has grown over the past month by five percentage points to 49 percent. About 14 percent believe reporters favor John McCain."

The COVID Death Toll Spike That Never Happened Last Week. This Is Why
Matt Vespa
Pro-Lifers From All Walks of Life Are Unified in Support for Overturning Roe
Rebecca Downs
Terry McAuliffe: The Source of Lies That Just Won't Die
Rebecca Downs
Susan Collins Has Some Words About the 'Credibility' of 'Speaker Pelosi's Partisan Committee'
Rebecca Downs