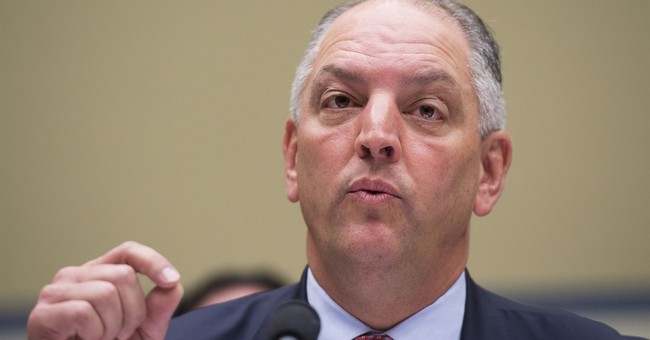 Democratic Louisiana Gov. John Bel Edwards signed two bills into law on Tuesday that ban the majority of abortions in the state and criminalize abortion providers who perform the procedure. This comes as the country awaits a ruling from a Supreme Court case that could overturn Roe v. Wade.

ABC News covered how one of the bills Edwards signed into law, S.B. 342, strengthens an already-existing “trigger” law. Trigger laws are laws that will take effect to restrict abortion in a state in the event of a Roe overturn.

“It is the intention of the Legislature of Louisiana to prohibit and restrict abortion and to thereby preserve the life of each unborn child to the fullest extent permitted by law,” the bill text reads. "No governing authority of a political subdivision shall enact any 13 ordinance or regulation that authorizes or regulates abortion.”

In a tweet, Edwards said that the bill is similar to a 2006 law but was expanded. He included a link to a lengthy published statement.

I've signed SB 342 by Sen. Jackson. While this legislation is similar to that passed in 2006, which is effective upon Roe v. Wade being overturned, SB 342 expands the exceptions in the 2006 legislation to include instances of medical futility & ectopic pregnancies. #lagov

ABC added that the legislation increases penalties for those who provide an illegal abortion.

Criminal charges cannot be brought against a woman who receives an abortion.

There are no exceptions for rape or incest, only when the mother's life is in danger.

Edward, a Democrat, previously stated he would have preferred exceptions for rape or incest but added that vetoing the bill "wouldn't accomplish what I would like to have."

The second piece of legislation, S.B. 388, makes it illegal to send abortion pills via mail to state residents.

“Those who do face one to five years in prison and fines up to $50,000,” ABC added. “Similarly, pregnant women who take the pills cannot be punished for doing so.”

In a tweet, Edwards stated that he is a pro-life Democrat.

My position on abortion has been unwavering. I am pro-life and have never hidden from that fact. This does not belie my belief that there should be an exception to the prohibition on abortion for victims of rape and incest. #lagov