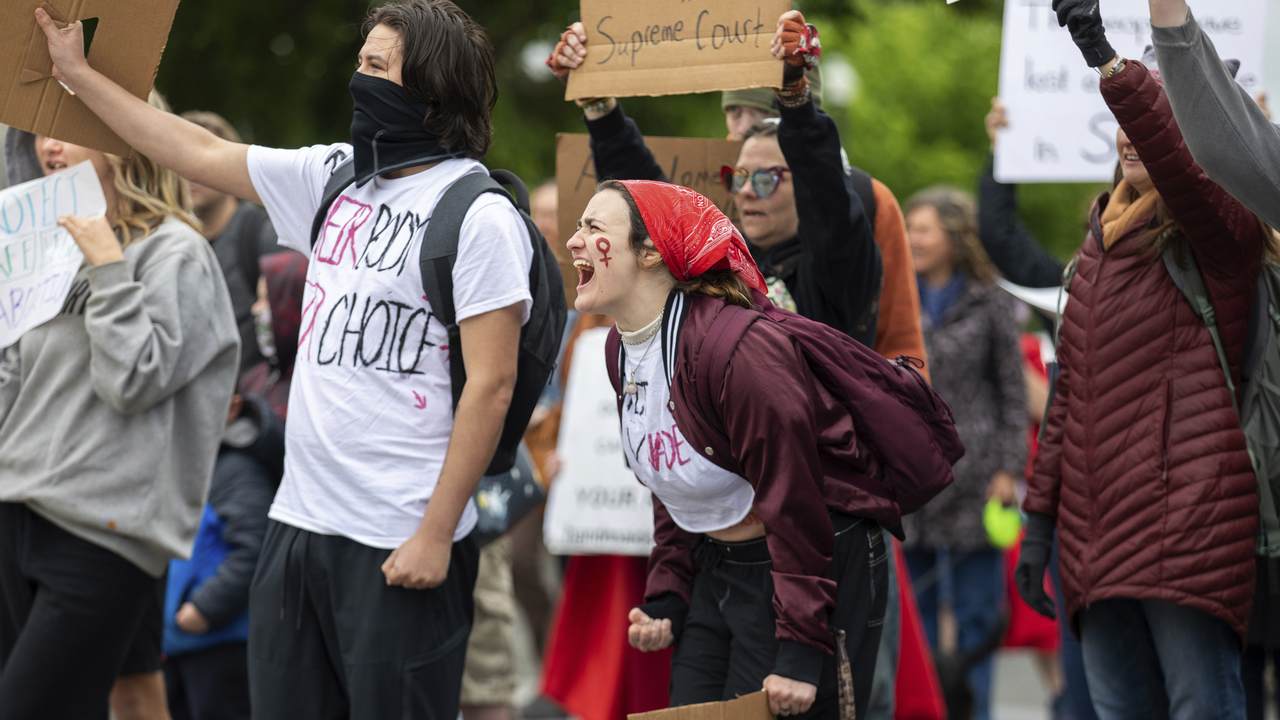 Last week, Townhall covered how a leaked draft opinion from the Supreme Court case Dobbs v. Jackson Women's Health Organization was published in Politico. In the draft opinion, the Supreme Court Justices voted to overturn Roe v. Wade, which legalized abortion in all 50 states in 1973. Needless to say, the leak sent pro-abortion supporters into a frenzy. New York, which has had abortion access on the books pre-Roe, was the center of many protests over the past week, along with Washington, D.C.

An article published in The New Yorker on Saturday encouraged pro-abortion advocates to try "primal screaming" to deal with their emotions over the leaked opinion draft from the Supreme Court.

Apparently, in New York City, many pro-abortion protesters showed up at Foley Square to "shout at placards of the faces of the six Supreme Court Justices." The woman running the "primal screaming" station donned an outfit dressed as a "sequined vulva."

A group called Abortion Access Front had set up a “Primal Scream Station,” with placards of the six conservative Justices’ faces. An employee named Molly was dressed in a sequinned vulva costume. “This is my summer vulva outfit,” she said. “Unfortunately, we have to do so much protesting that I have a winter vulva outfit as well.” She yelled, “Step right up! Be a primal screamer! Flip ’em off!” Some women counted down from three and screamed long and loud. Wobbling, Molly said, “That made me want to have a cigarette—Jesus Christ!”

Sue, the retired pediatrician, partook. As she and Lori left the square, she said, “We exercised our right to scream.”

The New Yorker included short interviews with several protesters present, many of whom had an abortion or had close ties with someone who had an abortion.

A man named Jonathan Walker told The New Yorker that his mother had an abortion when she was 53 years old and he was a teenager. He said he thought it was "cool."

"It [the baby] was unviable," he said. "I hope this doesn't sound weird, but I thought it was really cool: Wow, my mom is having an abortion!"

A retired pediatrician named Sue told The New Yorker that she had an abortion when she was a "nerdy medical student" and that she "was grateful that [she] was seen by clinicians who didn't judge [her], didn't slut-shame [her]."

The decision in Dobbs is expected this June or July. Chief Justice John Roberts announced the day after the draft opinion leaked that a full-blown investigation had been launched to locate who leaked it.