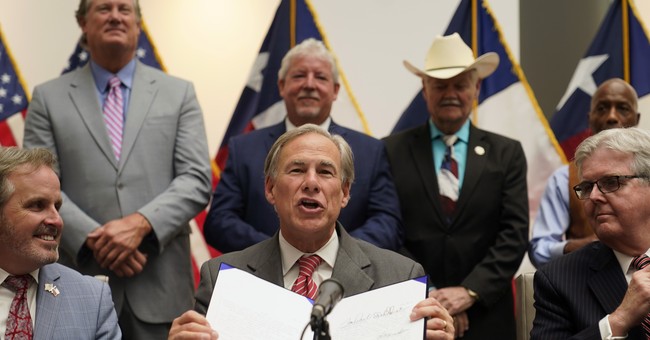 Last week, GOP Texas Gov. Greg Abbott unveiled his proposal for a “Parental Bill of Rights” that would give parents more control over their children’s school curriculum.

“To help parents become more involved in their child’s education, the Governor signed a pledge outlining four main provisions of his proposed parental bill of rights. ‘Parents will be restored to their rightful place as the pre-eminent decision-makers for their children.’

The Governor said the Texas Constitution needs to be changed to make sure that happens.

Other parts of his pledge include giving parents more easy access to students’ course curriculum, notifying parents about their rights online, and protecting students from the sharing or selling of their personal data outside the Texas public school system.

The Governor also told the crowd he wants to toughen penalties against educators, including teachers and librarians who give students inappropriate books. ‘Texas will ensure that any education personnel who is convicted of providing minors with obscene content will lose their educational credentials and state licensing, forfeits their retirement benefits, and be placed on a do not hire list.’”

“Take charge of your child’s education. It is the single most important thing you can do for your child,” he told parents.

A change in the state’s constitution would require support from state lawmakers, as well as voters. The next legislative session in Texas will begin next January.