Female UPenn Swimmer: Lia Thomas ‘Was Not Even Close’ to Being Competitive as a Male 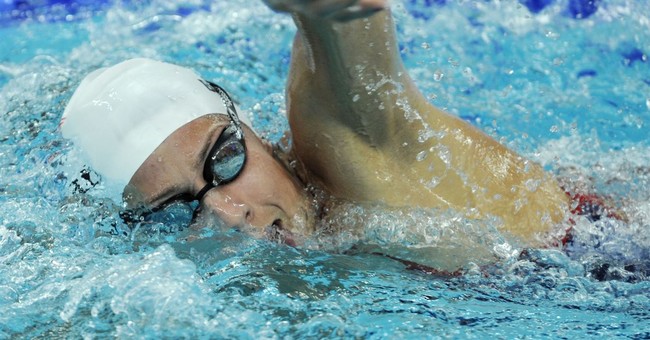 Over the weekend, a female swimmer on the University of Pennsylvania’s swim team said in an interview that “women are now third-class citizens” and their “rights are being taken away.” Her remarks came after UPenn swimmer Lia Thomas, who is a biological male competing on the women’s swim team, competed against biological females and won two races on Saturday.

In an interview with The Washington Examiner, the unnamed swimmer said that Thomas won the 100-yard and 200-yard freestyle races against Harvard University. This is Thomas’ first year competing on the women’s team. Thomas competed on the men’s team for three years.

This month, as I covered, Thomas was “crushed” in two races by a biological female transitioning to male at Yale University. Shortly after, an unnamed female swimmer for UPenn gave an interview with the Examiner where she claimed Thomas “compares herself to Jackie Robinson” and “mocks” competing on the women’s swim team. As I reported, Thomas broke records at a race in Ohio where the runner-up in the 1,650-yard freestyle finished 38 seconds behind Thomas.

Just to show you how absurd this is. Here’s the trans swimmer “Lia” Thomas crushing all of the female competitors by 40 seconds. This is what that looks like in real time. A total farce.

“For years, liberals, Democrats, and leftists have routinely claimed that patriarchy in the United States exists and makes women second-class citizens. Female athletes have echoed these claims, bemoaning significant inequalities between men's and women’s athletics,” the Examiner reported Sunday. “Now, with athletes who have the genetics of a man being permitted to take away athletic opportunities from women, females have been relegated to an even lower position.”

The swimmer continued, telling the Examiner that the higher-ups at the National Collegiate Athletic Association (NCAA) are “not protecting women’s rights.”

“Imagine if there was this kind of inequality in men’s sports. Or someone found out about doping in a men’s sport. It would be fixed in a blink of an eye. Everyone would be all over it. But because it’s women, they don’t care,” she said in the interview.

"People have come up to me and said, 'This is so wrong,'" and "'I am typically liberal, but this is past that.'"

“I’m trying to do everything I can without harming my future,” the swimmer concluded. “I can’t just sit back and let something like this happen. I’m not just going to sit back and say, ‘My rights are being taken away, too bad.’ It’s embarrassing that people aren’t speaking out more.”